Inspector General of Police Punjab Inam Ghani on Saturday took strict notice of the alleged abduction and murder of a four-year-old girl in Khanewal and sought a report from RPO Multan.

The IG Punjab directed the police to arrest the accused as soon as possible and take strict legal action against them. He further said that justice should be provided to the families of the slain girl child on priority basis.

Further, the IG Punjab expressed anger over the delay in registering the FIR of the incident and issued suspension orders to DSP Saddar Circle Khanewal Ijaz Hussain and SHO Kohna Khanewal Police Station. IG Punjab also sought explanation from DPO Khanewal and said that delay in registration of FIR is not tolerable in any case so departmental and legal action against them should not be delayed after determining those responsible after inquiry.

Meanwhile, the IGP vowed to continue strict action against drug addicts as per the vision of the Prime Minister of Pakistan, and said that tests are being conducted in all the districts to keep the police force free from drug addicts.

He directed that drug tests of senior and junior ranks instead of constables or head constables are underway as strict departmental and legal action against drug addicted officers and personnel will be taken.

He further said that the officers and personnel who tested positive for drugs from the authorized laboratories would not be re-tested while health profiling is a continuous process which would be continued at all levels in future also. All the figures and data regarding Drug use in the police force are contradictory because we did not ask for data from field formations or regional and district police,” he added.

Instructing the officers, the IG Punjab further said that a transparent and impartial process of self-accountability under police reforms is one of the priorities of Punjab Police and steps will be taken in this regard at all levels.

He added that those who use drugs as a fashion or habitual will not be allowed to be part of the force under any circumstances as these incompetent officers and personnel are not able to perform their departmental responsibilities properly nor provision of public service delivery. Resultantly, they don’t cause convenience for the citizens and become a symbol of disgrace to the police force and the department due to their irresponsible behavior. 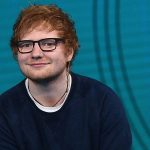