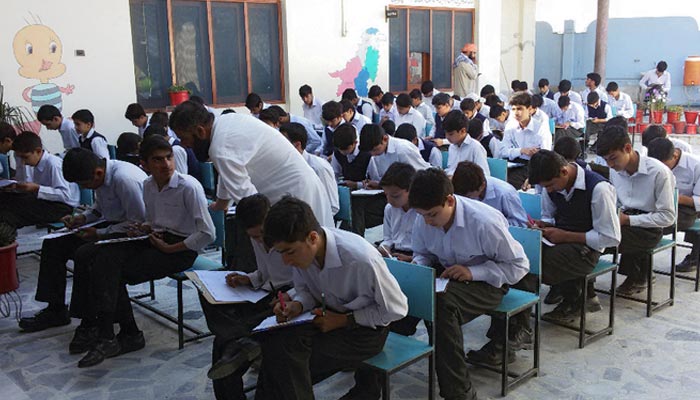 ISLAMABAD: Federal Planning Minister Asad Umar will chair a meeting of the National Command and Operation Centre (NCOC) on June 29 to discuss the future course of physical examinations.

According to sources, the meeting will discuss summer vacations, students protest against physical exams and promotion of students.

The meeting will be attended by Federal Education Minister Shafqat Mahmood and all provincial education ministers.

Earlier, a dozen protesters had been arrested while many motorcycles were confiscated by the police to disperse students staging a protest demanding online examinations at Faizabad. They were demanding the final exams to be held online.

Earlier this month Federal Education Minister Shafqat Mahmood announced that matric and intermediate exams would begin after July 10 across the country.

Briefing media about the decisions taken in the Inter-Provincial Education Ministers Conference (IPEMC) the education minister once again cleared that no student will be promoted to the next class without examinations this year.

While giving details about O Level exams, Shafqat said that Cambridge had decided to take O Level examinations after July 26.