Merkel says ‘sovereign’ EU should be able to talk to Putin 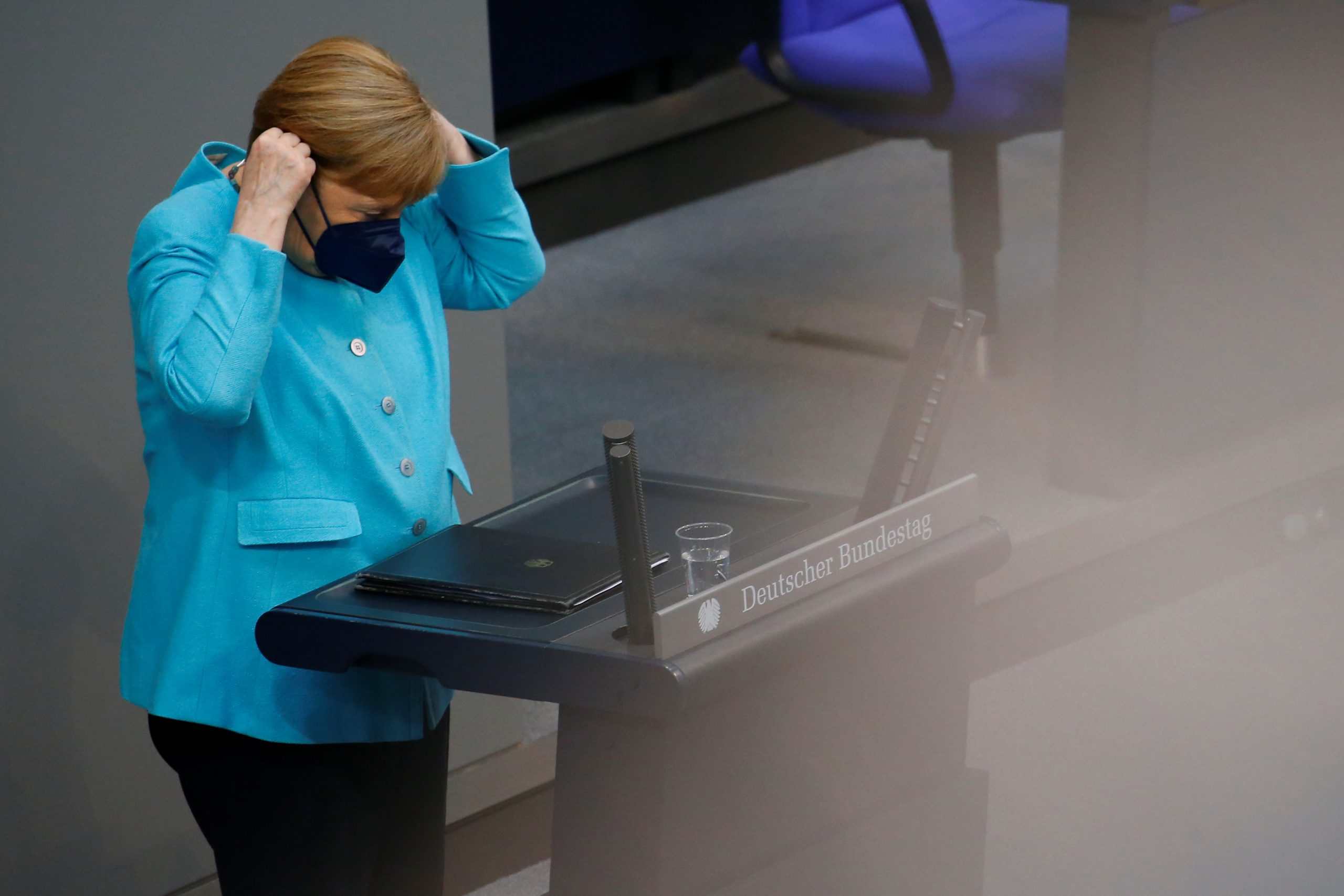 German Chancellor Angela Merkel on Friday insisted that the EU should be able to talk to Russian leader Vladimir Putin, after other leaders from the bloc thwarted her push for a summit.

“The president of the US met for a serious talk with Vladimir Putin, which I did not have the impression was a reward for the Russian president,” Merkel told a press conference after EU talks in Brussels. “A sovereign EU, in my opinion, should also be able to represent the interests of the EU in such a similar conversation.” Germany and France rattled wary EU counterparts — especially those neighbouring Russia — with a proposal to restart talks between Putin and the bloc, frozen since Moscow annexed Crimea in 2014.

Leaders rejected the push during hours of late-night wrangling in Brussels, with opponents arguing it risked sending the wrong message to Putin in the face of ongoing aggression from Moscow. “We believe that it is far too premature and that now it would be a kind of reward for Russia’s President, for his politics, but unfortunately aggressive policy, provoking neighbours, attacks of various kinds,” Polish Prime Minister Mateusz Morawiecki said. Italy’s Mario Draghi, who backed a meeting between all EU leaders and Putin, said that the proposal had come “a bit as a surprise” and upset the countries most worried about Moscow. He said that the bloc had “substantially shelved this idea, at least for the moment”.

The Kremlin said it “regretted” the decision by the EU to reject talks and insisted that Putin “remains interested in establishing working relations between Moscow and Brussels”.