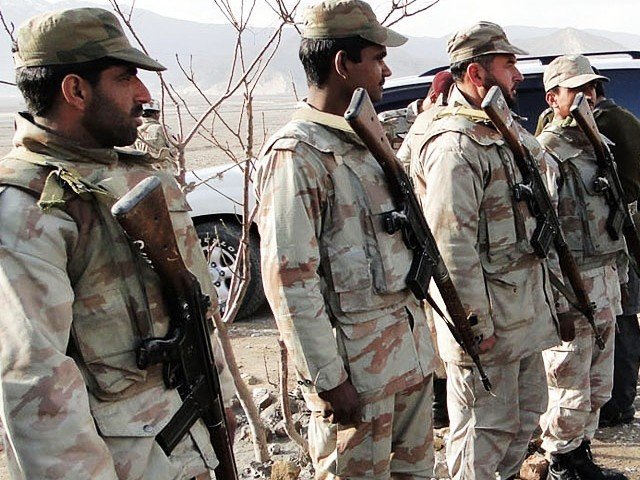 The Upper House on Friday offered Fateha for the soldiers of Frontier Corps (FC) who embraced martyrdom in a blast in Sibi area of Balochistan province.

As the Senate proceeding started, Senator Atta-ur-Rehman led the prayer on the request of Chairman Senate Muhammad Sadiq Sanjrani.

Later participating in the budget debate, Minister for Railways Azam Swati said that ML-1 (Main Line-I) was the lifeline of Pakistan.

He said that Prime Minister Imran Khan had introduced an institutional reforms program under the supervision of SAPM Dr Ishrat Hussain aimed at capacity building of the departments.

Chairman Senate Muhammad Sadiq Sanjrani said that Ishrat Hussain should come and brief the house about his reforms plan and its achievements in last three years.

The minister said he has not taken salary for the last 35 months and saved 3 crore rupees of national exchequer.

Taking part in the budget debate, Senator Faisal Sabzwari said that the Sindh government was demanding NFC awards but in the last 13 years the Provincial Financial Commission had not held a single meeting.

Participating in the debate, Senator Mushahid Hussain Sayed said that Pakistan has a great potential to be a great country as per the vision of the Founder of the nation.

He highly praised Prime Minister Imran Khan for clearly saying “Absolutely not” regarding air bases to the US. He stressed on resolving all the challenges with unity.

He said that youth should come forward in export oriented IT related businesses.

He said that the present government was facing problems due to loans taken by previous regimes. He said that loans will be given to the SMEs which would strengthen tax collection.

Senator Mian Raza Rabbani said that minimum wage should be further increased. He said that the labour community should be given more incentives.