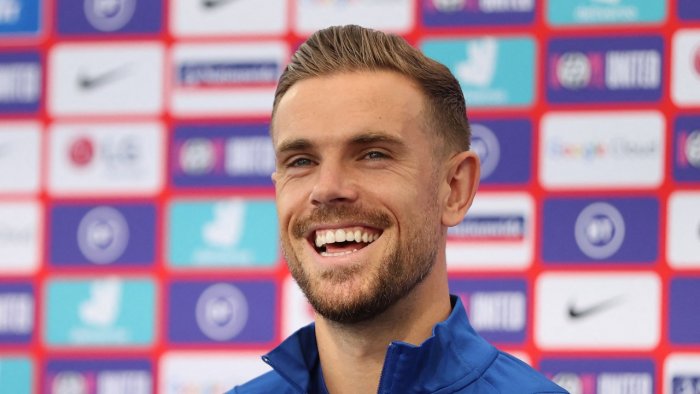 Jordan Henderson says Gareth Southgate’s response to his costly Euro 96 penalty miss against Germany showed the kind of mental strength that defines the current generation as they prepare for a rematch with their old rivals.

England manager Southgate was a 25-year-old player when he stepped up for the spot-kick that was saved by Andreas Kopke during Germany’s shoot-out win in the Euro 96 semi-finals at Wembley. It was a bitter end to a tournament that still holds fond memories for England fans after their dramatic run to the last four. Southgate recovered from the crushing blow to play for England for another eight years, enjoying a long Premier League career at Aston Villa and Middlesbrough before going into management. With Germany set to face England at Wembley in the last 16 of the European Championship on Tuesday, Southgate’s perseverance has presented him with a chance for redemption.

And England midfielder Henderson believes the example set by his manager is one the players should draw from ahead of the blockbuster clash. “It’s a good example. I can imagine the feeling he had at that moment in time,” Henderson told a press conference on Thursday. “Things like that, you have to deal with it, move on and try and be a stronger person. If you speak to the gaffer, I’m sure he will say that for sure. “A lot of us have been through adversity in our lives. Some way and some how you try and use that as motivation to be better. “That’s where you grow and the mental strength is really important. You learn from your past experiences.”

One part of Southgate’s process of dealing with the miss wasn’t so popular. nHe was criticised for poking fun at the blunder in a Pizza Hut advert alongside Stuart Pearce and Chris Waddle, who missed penalties in England’s 1990 World Cup semi-final defeat against the Germans. Asked about that aspect of Southgate’s recovery, Henderson said he was unaware of the pizza controversy. “No, what happened with the pizza advert?, Right ok,” he said without elaborating when a reporter broached the subject. Since beating West Germany in the 1966 World Cup final, England have been knocked out of several major tournaments by Die Mannschaft, with the most recent coming in the last 16 of the 2010 World Cup.

But Henderson insists the past won’t be on his mind when England renew the ancient rivalry next week. “For us as players we don’t tend to think too much about the history. It is about the here and now. What Germany are good at and the areas we can exploit. What we can do to hurt them,” he said. “Things we can do in the game, that’s where all our energy goes. We don’t get too caught up on the history and what has happened previously. “We’ve got quite a young squad and that can be positive. They can go out, enjoy the game and show how good they are.”

Henderson has come to appreciate German football after spending the last six years working for Liverpool manager Jurgen Klopp. The German was quick to send Liverpool captain Henderson a message once the last-16 tie was confirmed. “The answer is yes he has. To be honest, as soon as the final whistle went, he just sent us a smiley face emoji!” Henderson said. “The charisma he’s got. A lot of people love him, even if you are a neutral fan. He’s had a big impact on English football and the Premier League.”