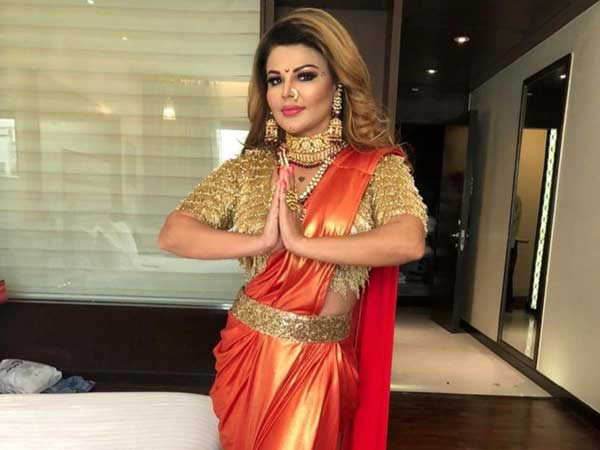 The entertainment queen of Bollywood Rakhi Sawant always amused us with her a saucy, light-hearted comments on current events.

This time, however, fans suspect she may have given out a spoiler for the upcoming show Khatron Ke Khiladi 11 by blurting out the winner! In a recent interaction with paps, she was heard talking about the contestants from the show such as Rahul Vaidya, Shweta Tiwari and Arjun Bijlani and that they’ve finally returned home from Cape Town, where the show was being shot.

When one of the paps told her that TV actor Arjun Bijlani has also returned from Cape Town, she, unknowingly, says, “Arjun Bijlani jeet gaya na”.

In a video uploaded by digital creator Chipku Media on Instagram, she was heard asking, ‘Sab log aagaye?’

The 11th season of the reality TV show Khatron Ke Khiladi began shooting last month as many of the contestants flew to Cape Town on May 6. There are many popular faces that will be seen on the daring TV show and fans are excited to see how they will overcome their fears.

The Rohit Shetty-hosted show is based on the American TV show Fear Factor in which participants are required to compete against each other by performing risky tasks or stunts. The contestants are often compelled to face their fears as the challenges test their limits.