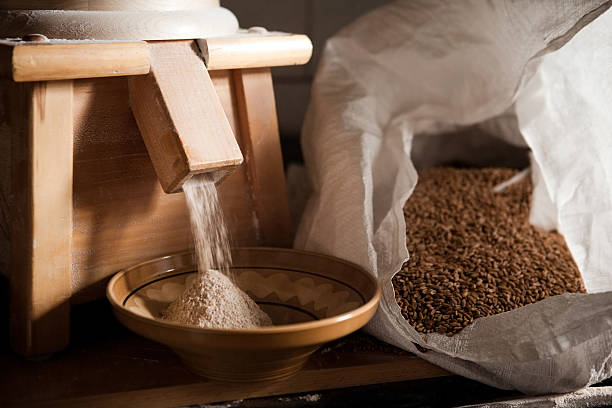 Owners of more than 1,500 flour mills across the country, including Faisalabad, went on strike for two days from Thursday in support of their demands. He clarified that if the demands are not met, all the flour mills will be closed indefinitely from June 30.

In the budget for the financial year 2021, it has been proposed to increase the turnover tax on the flour mills sector from 0.25 to 1.25% and to impose sales tax on bran, the main ingredient in flour production, at 17%. Owners of more than 1,500 flour mills across the country, including Faisalabad, are protesting and he declared both these taxes unacceptable in the recent budget and closed the flour mills for two days from today as per his announcement. And from June 30, the mills will be locked indefinitely.

Regarding the withdrawal of turnover tax by the Federal Ministry of Finance, Chairman Flour Mills Association Chaudhry Shafiq Anjum clarified that this redness of the Ministry of Finance could also be a pop. Until the notification of withdrawal of this turnover tax is issued, the call for protest will not be postponed nor will flour be produced in flour mills. He clarified that the closure of flour mills across the country from June 24 could lead to a flour crisis in the open market for which the entire responsibility would fall on the government and the finance ministry.

Concerned about the closure of flour mills and the rise in flour prices, the citizens said that the price of flour is already skyrocketing. If it increases further, the common man will be forced to go on a hunger strike. In the last three years, the rulers have crushed the poor in the mill of inflation. All basic food items including ghee, sugar, and flour have become more expensive and now the people are being forced to go hungry by imposing more taxes on them. If the government had declared the budget to be the best for the poor, then where is the point of making flour expensive?