Pakistan will not engage with India until decision of illegally annexing the disputed territory is revoked: Afridi 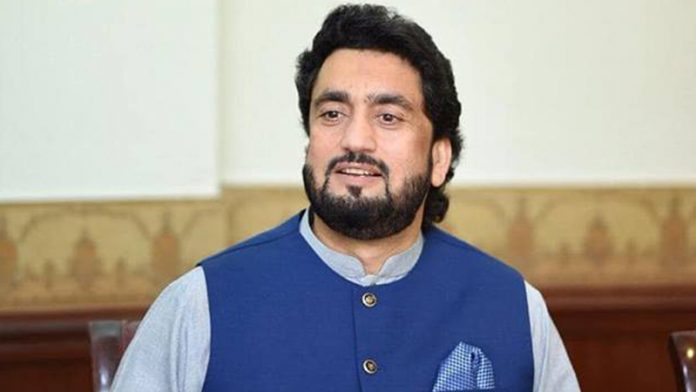 Chairman of the Parliamentary Committee on Kashmir Shehryar Khan Afridi Thursday reiterated position on the Kashmir dispute and said that Pakistan will not engage with India until it revokes its decision of illegally annexing the disputed territory.

Speaking to a delegation of All Parties Hurriyat Conference here on Thursday, Afridi said that Pakistan is closely monitoring the situation in Kashmir and constantly getting the feedback from the ground in Indian Illegally Occupied Jammu and Kashmir about the developments in the region.

He said that the new step of the Hindutva government of India of talking with the pro-India politicians of Kashmir is nothing but a facade to hoodwink the international community.

He said that Pakistan has successfully been able to put diplomatic pressure on the Indian state about its violation of the international law and therefore the Indian government wants to befool international community and give a semblance that it has started some sort of democratic process.

Afridi said that Indian government is actually talking to its own agents in Kashmir falsely portraying them as “Kashmiri leadership”. “It is a situation where Delhi is talking to Delhi,” he said.

He said that these are the same people who have been playing India’s game in the region, and have been rejected by the majority population. He said the actual representatives of the Kashmiri people including the entire Hurriyat leadership is still behind bars since August 5, 2019.

Afridi said that Pakistan is aware of the gambit and the successive Indian governments have always used these manoeuvres to deceive the International community.

He said that the bogey of returning statehood is not a step towards restoring the August 5, 2019 decisions, but, in fact, strengthening the occupational structure in the disputed territory.

“We have defeated the Indian designs since the illegal annexation of the disputed region and will continue to do so and tell the international community that Kashmir is a dispute and continues to burn,” Afridi said.

He said these exercises of Indian government of engaging “their own puppets” can’t be a substitute to the aspirations of the Kashmiri people demanding Right to Self Determination.

He appealed to the international community not to get fooled by these cosmetic steps by India. He said that Pakistan stands committed to the Kashmiri’s right to self-determination and would do anything to ensure that Kashmiris get their birth right of freedom from India’s illegal occupation.