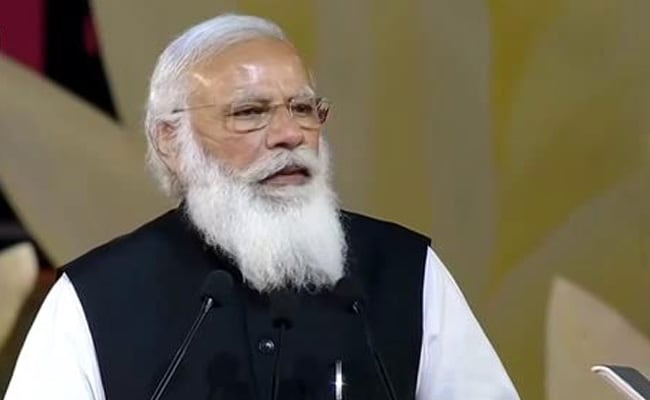 The Indian Prime Minister Narendra Modi called upon Kashmiri leadership to a meeting in New Delhi. The talks will focus on elections and delimitation of territories in the occupied region.

As per news reports, Modi is set to meet 14 pro-Indian Kashmiri leaders. Four of them have served as chief ministers of the occupied region.

Important Kashmiri representatives of the All Party Hurriyat Conference have not been invited to the meeting.

This will be the first time when Kashmiri leaders will be meeting the Indian leadership after Article 370 of the Indian Constitution was repealed in August 2019. This move was strongly opposed by the people of Pakistan and China.

Agenda of the meeting

The main aim of the meeting, according to media reports, is to complete the delimitation process and hold elections in the occupied Kashmir as soon as possible.

The Indian Express reported, “Modi plans to kick-start the political process leading to Assembly elections, the first step towards having an elected government in the Union Territory of J&K.”

The Peoples Democratic Party (PDP) leader Mehbooba Mufti has urged the prime minister to have talks with Pakistan. She said that there was no reason for India to not talk to Pakistan in this matter.

She added that if the Indians can go to Doha and talk to the Taliban then they must also begin a dialogue with Pakistan.

Talking about the meeting she said, “Kashmiri leaders will put forth their views and press for demand to restore Jammu and Kashmir’s statehood.”

The real voice of Kashmir

She said that the Indian prime minister has left the Kashmiris stateless and without an identity and he wants the world to believe that there is normalcy and democracy “in the graveyard of innocent Kashmiris, when every Kashmiri is being silenced and is being forced to evacuate”.

She asked, “Bravo to Mr Modi for believing the world to be so foolish, or expecting it to be deaf and dumb or, with eyes wide shut that they can’t see what you’ve done to us?”
Hurriyat representative Altaf Hussain Wani also rejected the conference and said that holding talks with so-called Kashmiri politicians is a scam. Giving the impression that Indian occupied Kashmir is returning to normalcy is wrong.

He added, “The Indian government has always betrayed the people of Kashmir. There is only one solution to this problem and that is the right to self-determination for the Kashmiris.”