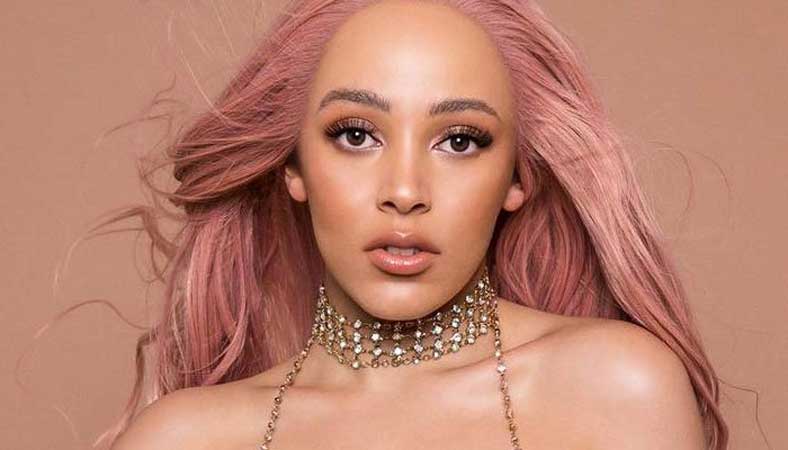 Not to be totally catty, but Doja Cat’s third album starts poorly. The first four songs – “Woman,” “Naked,” “Payday” with Young Thug and “Get into It – are half-baked tunes mimicking beats and vocals from Nicki Minaj or Rihanna. None are noteworthy. It’s depressing. What happened to the artist behind 2019?s “Hot Pink,” a sonic breath of fresh air? What happened to the Doja Cat whose electric performance of “Say So” at the Grammys was reminiscent of Missy Elliott’s futurism? Just wait. The fifth song, “Need to Know,” is a superb, steamy sex tape of a song and the sixth, “I Don’t Do Drugs” featuring Ariana Grande, is airy and confident with heavenly harmonies. “Love to Dream” follows, a slice of dreamy pop and then The Weeknd stops by on a terrific, slow-burning “You Right.” The Cat is back. From then on, the 14-track “Planet Her” rights itself with whispery pop songs and the envelope-pushing “Options” with JID, climaxing with the awesome “Kiss Me More,” the previously released single with SZA that has a Gwen Stefani-ish refrain and must be considered a strong contender for song of the summer.