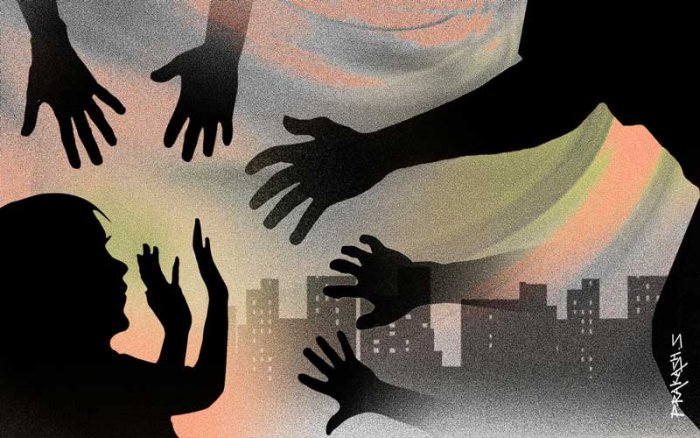 NAROWAL: The son of a private school owner and his accomplice have been booked for blackmailing and sexually assaulting female students and teachers, according to the Zafarwal police.

The son of the owner along with his friend have been accused of blackmailing the students and luring them into getting good marks in their matriculation exams.

The girls were invited to his house, where they would rape them, while one of the two would make videos to later blackmail them.

They not only sexually assaulted, but also blackmailed the survivors into giving them money for not putting the videos online.

It should be noted that the teenage girls along with their school teachers were sexually abused in several ways.

The local police of the area took the matter into their own hands after watching a video on social media.

The case has been registered in the Zafarwal police station on account of blackmail and sexual assault. The complaint has been made by Assistant Sub-inspector Shabir Hussain.

While the police are on the lookout, the suspects are yet to be arrested.

Likewise, just last year a retired school teacher was allegedly involved in raping minor students in Khairpur. According to the officials and activists the teacher used to tutor the children on private property.

The Sukkar range Deputy Inspector General (DIG) Fida Mastoi conducted a raid at the suspect’s hometown but he managed to escape.

The incident took place while the students could not go to school due to the pandemic, hence the parents, in hopes of educating their children, were sending them to his house for private classes.