Bilawal urges SC to revisit verdict on encroachments in Karachi 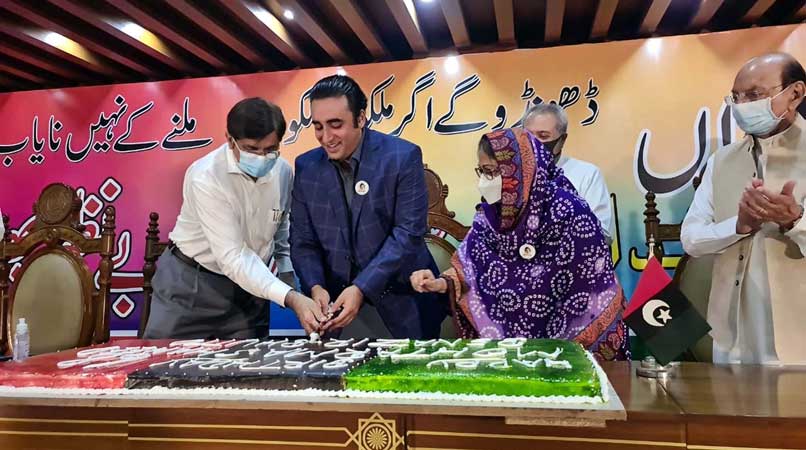 Pakistan People’s Party (PPP) Chairman Bilawal Bhutto Zardari has urged the Supreme Court to revisit its recent decision of razing illegal constructions in Karachi, saying his party believes in building homes instead of demolishing them so alternative spaces to the affectees should be given first.

Bilawal expressed these views on Monday at a ceremony marking the 68th birthday of her mother and late former prime minister Benazir Bhutto. “PPP constructs homes, not razes them. Do not snatch those basic right of the people in haste,” he said. “We should take care of them with equal and adequate compensation,” he added.

“I feel really sorry that outside the Supreme Court of Pakistan, people had to chant slogans like ‘Bahria Town was saved but Orangi Town was razed’ and ‘Bani Gala was saved but Gujjar Nala was razed’,” Bilawal said. “This gives a bad impression,” he further said. “I know that the government is acting on the court orders and we respect the judiciary a lot,” he said, adding that the government is acting upon court orders but alternate spaces to the affectees should be provided first.

Meanwhile, in a statement released on the birthday of former prime minister Benazir Bhutto, Bilawal said that years and centuries would pass by but the long struggle, great sacrifice and humane philosophy given by his mother are immortal. “Owing to the great sacrifice rendered by Benazir Bhutto, the final victory of people is imminent. He lamented that today governance in Pakistan is derailed, institutes are hostage and people are at the mercy of the mafia. At this critical juncture, it is natural for every patriotic Pakistani to feel the absence of Daughter of East’s people’s friendly vision,” he added.