Lahore cleric taken to court; confesses to his crime 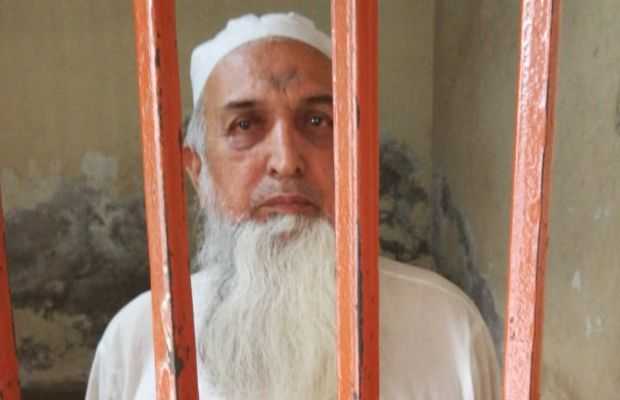 The clergyman accused of raping a teenage boy, Mufti Azizur Rehman has confessed to his crimes and accepted that he did in fact sexually assaulted the boy for years. The accused will be taken to court on Monday.

According to the police the criminal has accepted that he can be seen in the video made by the boy, though he did not know he was being recorded.

He further confessed that he sexually assaulted the boy after bribing him to pass in the exams.

He said that after the video went viral he got worried about his reputation, after which his sons blackmailed and threatened the boy into keeping his mouth shut. Though the boy was kept from talking to anyone any further, the video had already gone viral.

He disclosed that he was fired from his post at the madrassa, but due to the fact that he wanted to retain his reputation and his post, he made the video and posted it online.

After the report had been filed against the mufti, he left the premises and resided at the homes of his students at various locations-Township, Sheikhupura and Faisalabad.

When the Mufti moved to Mianwali, in hopes to run away from the law, he was finally caught and arrested by the police. He and his sons were arrested by their mobile phone locations.

It should be recalled that in the video posted by the Mufti, he falsely spoke with his hand on the Holy Book, so as to prove his innocence.

“I declare on oath that I did not do such an act in my consciousness. I was given something intoxicating and I was not conscious,”

The accused says he was given drugs to make him what he did & it was recorded as part of conspiracy to oust him from seminary by main character (victim) at the behest of teachers Asadullah Farooq & Syed Rasool, the latter an Afghan who “has fraudulently obtained Pakistani CNIC.” https://t.co/3sZ8UagpUJ pic.twitter.com/kmrYUdstps

The survivor in the FIR had declared that; “If justice is not done, I will commit suicide,”

The police presented the culprit and his sons before the Cantt court.

The court has requested a four-day physical remand of the Mufti, along with DNA test and a medical examination.

People from all over the country have come together to show their anger and disgust over the heinous act committed by the cleric.

I can’t believe our country spoke more against Malala on her views about marriage than this “mufti” aziz ur rehman who actually rapes boys that he’s supposed to teach Quran to.

Mufti Aziz ur Rehman is 70, not only has he raped more kids in his seminary than we can imagine, I was thinking about his poor wife who must have given 50 years of her life to the animal, only to end up seeing videos of him sodomising his students in her old age.

Mufti Aziz-Ur-Rehman, a pedophile, a rapist, leader of a religious party who runs a seminary in Lahore was exposed through a video that one of his victims recorded as a proof. Instead of being outraged at the Mufti, some of the Mullahs are threatening the victim for outing him

Even after a video showing Mufti Aziz ur Rehman sexually assaulting a student, there is a deafening silence from Pakistan’s Ghairat Brigade which jumps to criticise women for any perceived acts of immodesty.

Is it because men are allowed to do anything, literally anything? pic.twitter.com/g5bYDGsyeM

The fact that there’s no outrage against mufti Aziz ur rehman despite having such a clear video of his crime…..? the same mufti who protested against Saba qamar for twirling in the mosque was caught raping on camera. Where’s the outrage?