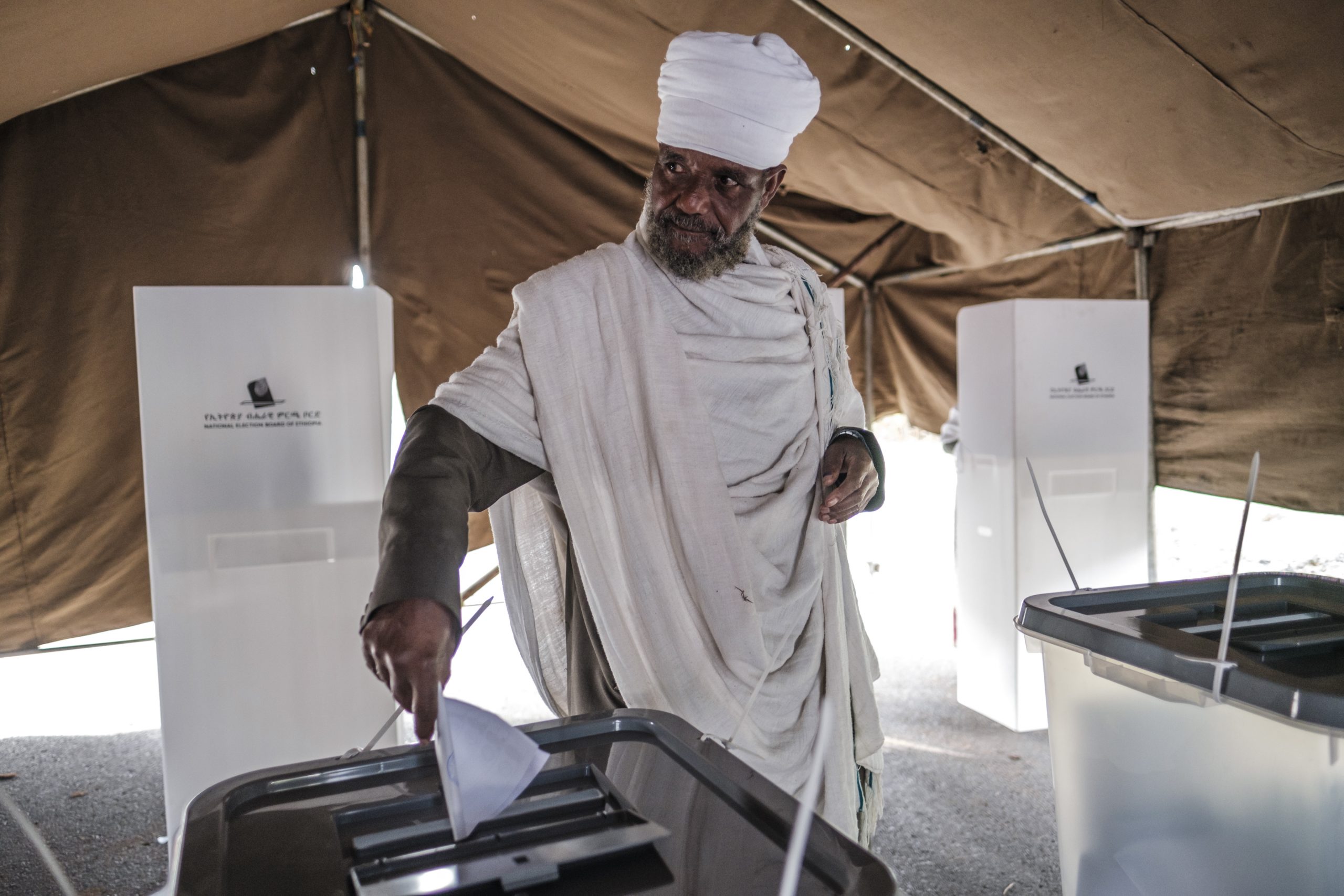 Ethiopians voted Monday in a delayed national election taking place against the backdrop of war and famine in the northern Tigray region and questions over the poll’s credibility.

It is the first electoral test for Prime Minister Abiy Ahmed, 44, who came to power in 2018 championing a democratic revival in Africa’s second-most populous country, and a break from its authoritarian past. “This election is different,” said Milyon Gebregziabher, a 45-year-old travel agent voting in the centre of the capital Addis Ababa. “There are a number of parties to choose from. In the past there was just one, we did not have the luxury of choice.” Abiy, a Nobel Peace laureate who freed political prisoners, welcomed back exiles and ended a cold war with neighbouring Eritrea before sending troops to confront the dissident leadership of Tigray late last year, has promised this election will be Ethiopia’s most competitive in history, free of the repression that marred previous ballots.

But the spectre of famine caused by the ongoing fighting in Tigray, and the failure to stage elections on schedule in around one-fifth of constituencies, means that promise is in doubt.

Polling began in Addis Ababa soon after the expected start time of 6:00 a.m. (0300 GMT) with voters in face masks wrapped in blankets against the pre-dawn chill. Electoral officials in purple vests sprayed voters’ hands with sanitiser before checking their IDs against the register. “I believe this election will shine a light of democracy on Ethiopia,” said Yordanos Berhanu, a 26-year-old accountant at the head of a queue of hundreds. “As a young Ethiopian, I (have) hope for the future of my country, and believe voting is part of that,” she said before slipping her ballot papers into a purple plastic box for the national vote and a light green one for the regional election.

In Bahir Dar, capital of the northwestern Amhara region which neighbours Tigray, voters said peace and economic growth were the priorities. “No matter who wins, we want peace,” said 25-year-old jobseeker Mirkuz Gashaw. “As a citizen, I hope our country prospers and grows,” said first-time voter Etsubdink Sisay, 18, who lined up with her mother. Once votes are counted, national MPs will elect the prime minister, who is head of government, as well as the president — a largely ceremonial role.

Abiy’s ruling Prosperity Party has fielded the most candidates for national parliamentary races, and is the firm favourite to win a majority and form the next government, tasked with bringing peace to Tigray and rebuilding an economy hammered by the coronavirus pandemic. At a polling station in Addis Ababa, opposition leader and former political prisoner Berhanu Nega of the Ethiopian Citizens for Social Justice Party was cautiously optimistic that the vote would be democratic, as billed.

“I don’t know if signs that an election is free and fair can be measured by this,” he said, referring to his own involvement, “but participation looks good, so let’s hope it ends clean.” Security was ratcheted up for the election, with police and security deployed across the country to guard polling stations. The election was twice delayed — once for the pandemic, and again to allow more time to organise the ballot across a huge nation.

Some 38 million Ethiopians are registered but polls are not going ahead in close to one-fifth of the country’s 547 constituencies with some areas deemed too insecure — plagued by armed insurgencies and ethnic violence — while in others logistical setbacks made arranging a vote in time impossible. A second batch of voting is to take place on September 6 to accommodate many of the districts not taking part Monday.

But there is no election date set for Tigray, where UN agencies say 350,000 people face famine conditions, and atrocities have been documented. The northernmost region represents 38 seats in the national parliament, and has been governed by an interim administration since November, when Abiy sent troops into Tigray, promising a swift campaign to oust its ruling party. Seven months later the conflict drags on, damaging Abiy’s standing as a peacemaker and overshadowing a vote meant to broadcast his country’s democratic intent.

In a handful of places where the vote is going ahead Monday, opposition parties are boycotting in protest, including the populous and influential Oromia region, from where Abiy hails. Even in the best of times, organising smooth elections is a tall order in Ethiopia, a huge country hobbled by poor infrastructure. But after months of setbacks and delays, election officials said they were ready for Monday’s vote, which involves more than 40 parties and 9,500 candidates.

Vote counting is due to start soon after polls close, but results are not expected for several days.