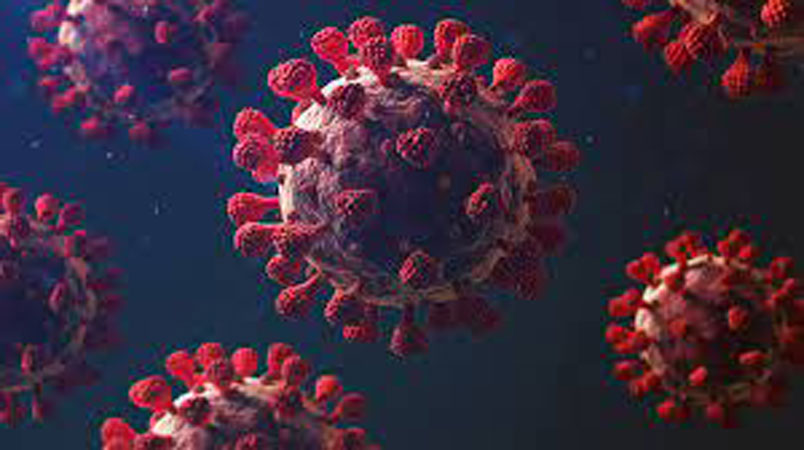 ISLAMABAD: Pakistan’s coronavirus death tally surpassed the 22,000 mark after 30 fatalities were reported on Monday morning, pushing the total death tally to 22,007, according to the official data provided by the National and Command and Operation Center (NCOC).

The positivity rate of coronavirus currently stands at 2.6%.

On Saturday, Pakistan reported its lowest daily COVID-19 death toll in almost three months. As per the NCOC, 27 people had lost their lives to the virus.

The last lowest daily COVID-19 death toll was recorded by the country on March 21 after 20 people died from the infection.

The national tally on Monday of total active COVID-19 cases was recorded 34,020 with 907 more people tested positive for the deadly virus and 829 people recovered from the disease during the last 24 hours.
Thirty corona patients have died during past 24 hours, 28 of whom were under treatment in the hospitals and two out of the hospitals had perished in their respective quarantines or homes. During the past 24 hours, most of the deaths have occurred in Sindh followed by the Punjab.
There were 2,238 corona infected patients under treatment in critical care, among four of them admitted in various Covid dedicated healthcare facilities in the past 24 hours.
The maximum ventilators were occupied in four major areas including Islamabad 21 percent, Lahore 21 percent, Bahawalpur 26 percent and Multan 34 percent.
The maximum oxygen beds were occupied in four major areas of Gilgit 45 percent, Abbottabad 23 percent, Karachi 23 percent and Muzaffarabad 26 percent.
Around 283 ventilators were occupied elsewhere in the country while no COVID affected person was on ventilator in Balochistan, and Gilgit Baltistan (GB).
Some 34,754 tests were conducted across the country on Sunday, including 13,985 in Sindh, 6,299 in Punjab, 9,149 in Khyber Pakhtunkhwa (KP), 3,627 in Islamabad Capital Territory (ICT), 828 in Balochistan, 391 in GB, and 475 in AJK.
Around 893,148 people have recovered from the disease so far across Pakistan making it a significant count with over 90 percent recovery ratio of the affected patients.
Since the pandemic outbreak, a total of 949,175 cases were detected that also included the perished, recovered and under treatment COVID-19 patients so far, including AJK 19,967, Balochistan 26,633, GB 5,813, ICT 82,368, KP 137,075, Punjab 345,065 and Sindh 332,254.
Around 5,341 have perished in Sindh, among 12 of them died in hospitals and two out of the hospitals on Sunday.    10,642 in Punjab had died with nine deaths occurring in the past 24 hours. All of them died in the hospitals.
4,269 deaths were recorded in KP where seven of them died in hospitals on Sunday, 775 in ICT, 301 in Balochistan, 108 in GB while 571 in AJK succumbed to the deadly virus.
A total of 14,148,424 corona tests have been conducted so far, while 639 hospitals are equipped with COVID facilities. Some 2,497 corona patients were admitted in hospitals across the country.

According to NCOC, about 34,754 coronavirus tests were conducted in the last 24 hours, out of which 907 returned positive, taking the total caseload to 949,175.

The country is reporting a steady decline in coronavirus cases after the deadly third wave that has claimed the lives of many.