Nadal pulls out of Wimbledon and Tokyo Olympics to prolong career 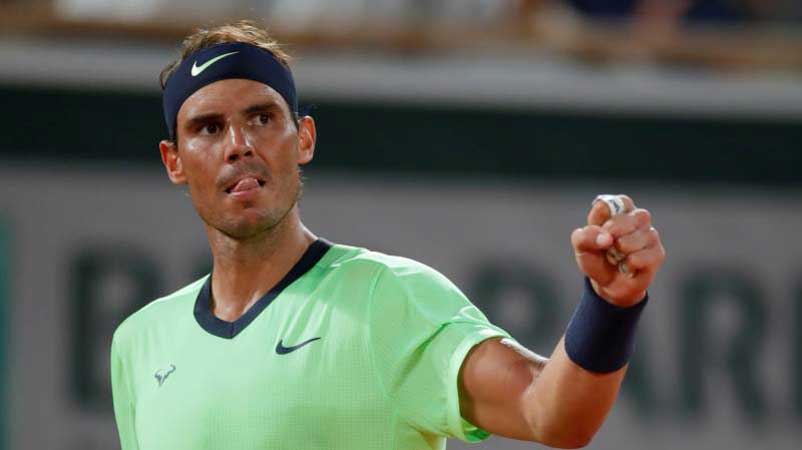 LONDON: Rafa Nadal pulled out of Wimbledon and the Tokyo Olympics on Thursday, saying he took the decision after consultations with his team in a bid to prolong his career. The 35-year-old Spaniard said the two-week gap between the French Open and Wimbledon –– which starts on June 28 –– was not enough time for him to recuperate after a demanding claycourt season where he played in five tournaments. “I have decided not to participate at this year’s Championships at Wimbledon and the Olympic Games in Tokyo,” Nadal, twice a Wimbledon champion, said on Twitter. “It’s never an easy decision to take but after listening to my body and discussing it with my team I understand that it is the right decision.” Nadal, a 20-times Grand Slam winner, played at the Monte Carlo Masters, Barcelona, Madrid Masters and Rome Masters before the French Open. Nadal, a record 13-times champion at Roland Garros, made a run to this year’s semi-finals and was knocked out by eventual champion Novak Djokovic in a four-set thriller –– only his third loss on the Parisian claywhere he has won 105 matches. “The fact that there has only been two weeks between RG (Roland Garros) and Wimbledon, didn’t make it easier on my body to recuperate after the always demanding clay court season,” he added. Nadal has won two gold medals at the Olympics –– a singles title in 2008 in Beijing and a doubles gold at Rio 2016, where he was the flag bearer for Spain.