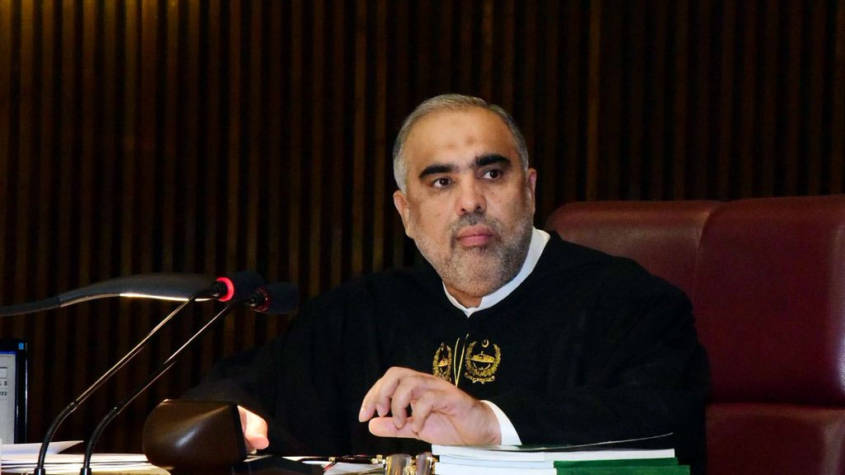 The opposition may stage an upset if a secret ballot is allowed, which is highly unlikely. The treasury benches have demonstrated a fraught history of switching sides during the Senate elections a few months back when a half score of treasury MNAs voted for Yousaf Raza Gilani.

On Wednesday, the opposition decided to move a no-trust motion against Speaker Asad Qaiser after an otherwise cool and calm MNA from Swabi shut the assembly doors to seven MNAs, of them, three are from the treasury.

Wednesday was an eventful day for the speaker when he found no friends on either side of the divide. The speaker’s decision to ban the opposition members from entering the assembly has enraged the opposition. In a letter to the Speaker, the opposition members wrote to the speaker treasury bench MNAs, led by several ministers, abused and attacked the Leader of the Opposition Shehbaz Sharif. What irks the opposition the most is that even though the speaker was witness to the events that took place inside the assembly. The opposition said this was the first occasion in the history of the National Assembly of Pakistan, and possibly parliamentary history worldwide, that Treasury and ministers defied the Speaker and physically attacked the opposition. They accused the speaker of turning a blind eye and remaining silent on the violence and abuse that unfolded before his eyes. The letter signed by leaders of all opposition political parties said it was unfortunate that the Leader of the house has been absent and silent over these events; in fact, it is inconceivable that such behavior by the treasury could have taken place without his consent.

The government had better reach out to the opposition and convince them to shun the plan.