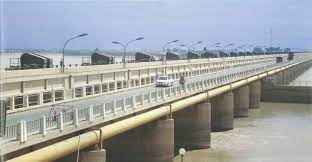 The war of words between Sindh and Centre-backed Punjab turned into sour action over the water dispute as the Sindh government did not let the federal inspectors in the Guddu barrage see the water measurement mechanism and ascertain actual water flows and losses.

According to Dawn newspaper, a former Wapda general manager who has been involved in the process believed any inspection after providing information to the provinces would be futile. He said only surprised checking would be a good exercise.

The role of the Federal Ministry of Water Resources secretary has been criticised by Sindh. Sindh Irrigation Secretary Mohammad Saleem Raza wrote to the federal secretary for water resources on Friday that the federal ministry of water resources had “nothing to do with resolution/settling water disputes/issues within the provinces. Under the Water Accord, it is the authority of the Indus River System Authority (Irsa).” For this reason, the provincial government told the federal ministry, no official from Sindh would attend the ministry meeting scheduled for June 15.