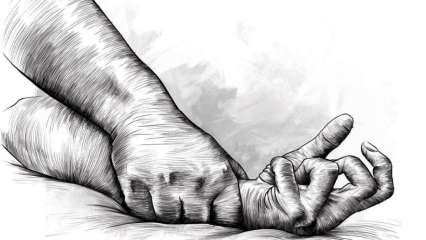 BADIN: A Hindu man, identified as Bherumal Kolhi, was killed in Kunri town of Umerkot district late on Friday after he showed resistance to some people, who allegedly sexually assaulted his younger sister in village Ghulam Rasool Arain near Kunri of Umerkot district.

Bheram was attacked and killed after he had an altercation with some people from the Arain community. Veerji  Kolhi, the special aide to Chief Minister Sindh, on human rights, when contacted confirmed the incident and said that Berumal was stabbed to death after he had offered resistance to the rapists of his sister.

He said that police during the raids arrested two individuals involved in the incident while a third suspect is on the run. He said that besides directing the area’s police to arrest all the persons involved he had also sent his sister Senator Kirshna Kumari Kolhi to meet with the aggrieved family members to show their sympathies with them. Mr Kolhi said that an FIR would be registered as per the demands of the heirs of the victim adding he said that the body of Bherumal was sent to Kunri taluka hospital for the postmortem examination.

A large number of Kolhis taking the body staged the demonstration in Kunri town and demanded the early arrest of the accused and justice with the aggrieved family members. While, PTI MNA from Umerkot, Lal Malhi, in his tweet deplored that neighboures stabbed to death a Hindu young boy for resisting rape attempt of his sister. Mr Malhi alleged that police continuously failed to stop such crimes as the accused enjoyed the backing of local parliamentarians.