Post budget: Additional tax of Rs500b to be collected in next FY, says Shaukat Tarin 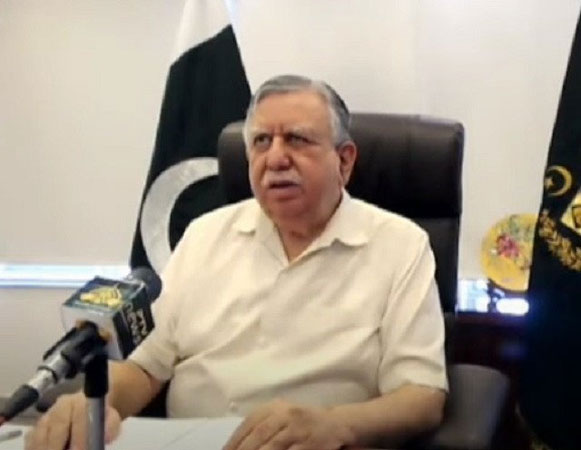 ISLAMABAD: Additional tax of Rs500 billion will be collected in the next financial year, said Finance Minister Shaukat Tarin in a post-budget press conference Saturday afternoon.

A day earlier, the incumbent government presented the budget for the fiscal year 2021-22, with the outlay kept at Rs8,478 billion and the tax target set at an ambitious Rs5,829 billion.

Addressing the post-budget press conference in Islamabad, Tarin said the government has presented a total growth budget and their challenge is to stabilise growth. “We have to earn dollars by increasing exports and add an additional tax of Rs500 billion in the next financial year,” he said.

He said that sales tax has to be levied on all big retailers who have sales of Rs1,500 billion. Consumers, he said, will be rewarded if they get a slip and gave examples of other countries, saying that such successful schemes have come up in Turkey.

He said loans will be given from commercial banks to small welfare banks and four million people will be targeted in the beginning. The finance minister announced plans to provide employment and give Rs150,000 to small farmers while also giving lists of small farmers and the poor to banks.

Pakistan has become a food deficient country and we are now importing what we used to export, he said, adding that the country is importing pulses, wheat and sugar.