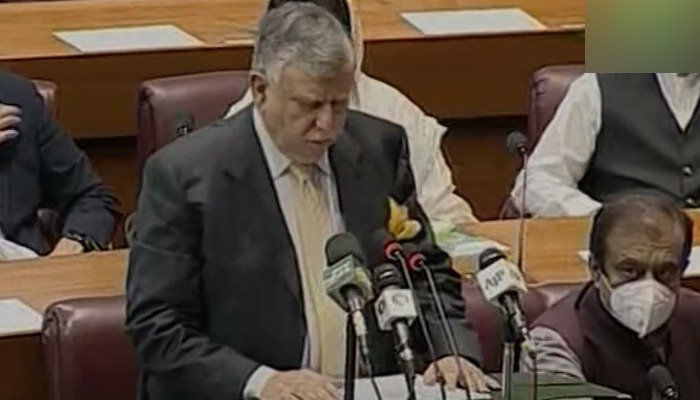 Speaking during a press conference, President of Lahore Chamber of Commerce and Industry (LCCI) Mian Tariq Misbah said the government has agreed to several demands of the business and trade community when preparing the budget, however, the tax target should have been kept at the same level as last year. “The amount allocated in the budget for four dams should also have been increased,” he said, adding that the exceptions granted to the pharmaceutical industry and the information and technology sector is a positive move.

Speaking about other initiatives of the government, Misbah said the package announced for farmers is a welcome change. He also lauded the housing scheme for low-income earners, saying that people would benefit from it.

Chairman Businessmen Group Zubair Motiwala also commented on the budget and said that while the government has announced surplus electricity in the budget, there is no mechanism to supply it to the consumers. He said the budget has given a direction to industries while special emphasis has been laid on the exports sector as well as the local industry. Motiwala added that the prices of flour and sugar could have been reduced by 30%.

President Karachi Chamber of Commerce and Industries (KCCI) Shariq Vohra said the federal government had also included some of the suggestions from Karachi in the budget. He commended the PTI-led government for reducing the withholding tax by 40% and said the turnover tax had also been reduced by 0.25%.

“The government has shown leniency in terms of taxation,” Vohra said. “The Karachi Chamber of Commerce accepts the budget. We will provide more analyses after reading the budget document.”

Vice-President of the Federation of Pakistan Chambers of Commerce and Industry (FCCPI) Nasir Khan said the budget will benefit rich people, while most suggestions of the FCCPI had not been included in it. “However, the reduction in withholding tax has been a welcome change,” Khan said.

President of the Sarhad Chamber of Commerce and Industry (SCCI) Sherbaz Ilyas Bilour said the federal budget is good overall, given that it is properly implemented. He said that tax exemptions provided to erstwhile FATA and the former PATA is a good move, adding the budget is also beneficial for industrial promotion. “However, imposing more taxes on the telecommunication industry will burden the masses,” Bilour said. “But not imposing taxes on machinery is a positive initiative,” he said, adding that the government has provided tax exemptions to the cottage industry, which will reap positive effects while lifting taxes on transactions made by the business community will also help them.

Former president of the SCCI Niaz Ahmed criticised the budget and said that it is nothing but a “political tactic and bears no fruit for the common man”. “The PTI government has almost neglected Khyber Pakhtunkhwa in this budget,” he concluded.

Engineer Hafiz Ehtisham Javiad, President Faisalabad Chamber of Commerce & Industry (FCCI), termed federal budget 2021-22 as pro-industry as the government has withdrawn regularity and custom duties on 1600 tariff lines of raw material with total financial impact of Rs.4200 billion. He said that this step will ensure stable economic development and its trickle down effects will not only facilitate the masses but also have salutary impact on the all sectors of national economy. He said that most of the proposals presented by different chambers including FCCI had been accommodated in this budget and hence we could term it as historic budget.