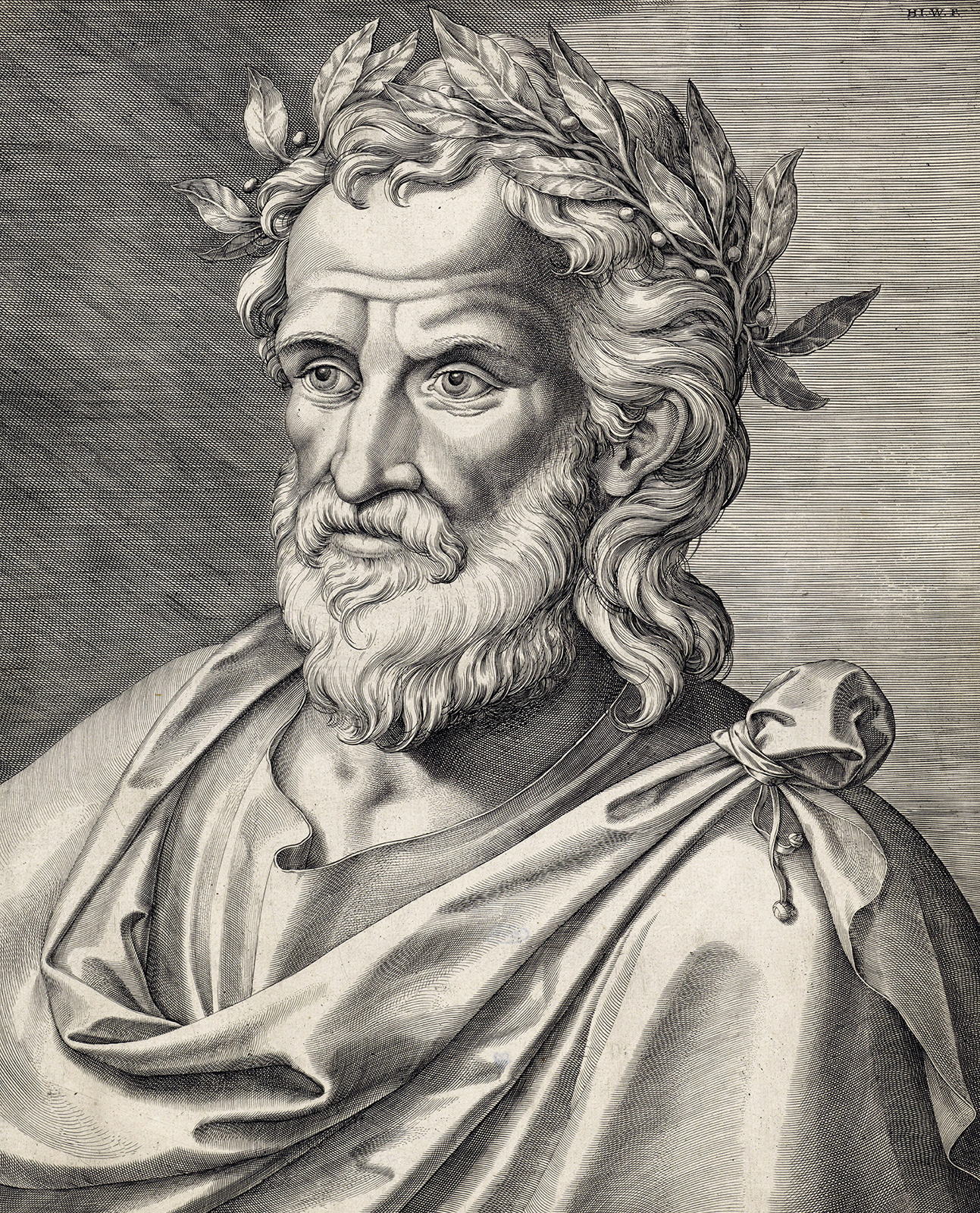 In his poem the English poet Percy Bysshe Shelley praises the ache ancient Greek poets from 800BC. Whose only two books are alive and our eyes are very fortunate to lay gaze on it, which are; ” The Iliad” and “The Odyssey.”

Iliad is a long epic poem which is based on war of Troy. It begins with the war between Trojans and Greeks. Greeks are lurking around the brink of Troy for over ten years aiming to get victory over the city. The fight starts with the deception of gods, as we see this war is between the mortals but in real the great war is going on immortals in Olympus.

Homer didn’t provide us the beginning or the ending of war but after Homer through some sources we know that how this tale started and how it ended. This dreadful incident takes place in marriage of the queen of sea and mother of Achilles (who is main character in this poem). Zeus chose a mortal husband for the immortal queen, when the marriage of Thetis and Peleus was being held in the great hall of Olympus with the presence of all gods except Eris, who is a god of conflict. Anger tightened her for not being invited and she thought of some conflict which she’s expert of, she threw a golden apple to the hall and wrote something in the apple which was; “This is for one who is beautiful of all.”

All goddesses raised their hands but when they saw the wife of Zeus ‘Hera’ and his two daughters ‘Athena’ and ‘Aphrodite’ are also participating, they moved their steps back. Now no one in the hall is ready to decide who deserves this apple the most and awards one, so this decision leads to a mortal, prince of Troy ‘Paris'(in that time Paris used to be shepherd in a cave). Three of the amusing queens arrive next to Paris and offers Paris various things in order to win the judgment; Hera was the first to offer and she offered ‘Governance’, after Hera, Athena offered ‘Power’. After listening those offerings Paris was ready to accept the offering of Athena when Aphrodite spoke; “The life of a mortal is very short but if you live with happy moments, it will become immortal. I will give you the most beautiful woman ever created on earth (which is Helen and she’s daughter of the immortal Zeus) if you decide to give me that apple.”

After listening to those words Paris complied his head to the petition of Aphrodite and happily gave that apple to the queen of beauty. This judgment is known in the pages of history as “Judgment of Paris.” This is how the great war started and blood of thousands were flown like an endless sea. Virgil was highly influenced by Homer and gave an ending to the myth of War-of-Troy in the first chapter of Aeneid and gave us a beautiful vision of the deceitful horse which caused the Trojans everything.

In the second book Homer just depicted the assembly of soldiers and how they were disciplined in order to fight, he takes hundreds of names and order of assembly, the poet takes this opportunity to enter into a catalogue of the army. Perhaps the poet himself was standing right before where the war was being held that must the reason how elaborately he told us the order of fighting, he details the cities that have contributed troops to the Greeks, the number of troops that each has contributed, and who leads each contingent. When Zeus sends a messenger to the Trojan hall, elaborating them about the structural arrangement of troops of Greeks, the Trojans prepare their troops under the command of Hector. The poet then elaborates the preparation of Trojan troops and takes hundreds of names and what position each of them hold.

“O Muses, dwellers in the mansions of Olympus, tell me- for you are goddesses and are in all places so that you see all things, while we know nothing but by report- who were the chiefs and princes of the Danaans? As for the common soldiers, they were so that I could not name every single one of them though I had ten tongues, and though my voice failed not and my heart were of bronze within me, unless you, O Olympian Muses, daughters of aegis-bearing Jove, were to recount them to me. Nevertheless, I will tell the captains of the ships and all the fleet together.” Perhaps that’s why Alexander the Great kept both books Iliad and Odyssey whenever he went to a war and placed his soldiers as Homer did.

Second poem Odyssey is a myth which explores the difficulties in the journey of Odysseus who is returning to his home after the war of Troy, Odysseus faces varies difficulties which are coming from the god of sea; Poseidon. In the end Odysseus succeeds and returns to his city Ithaca with help of Athena. Virgil explained the central idea of ‘Odyssey’ and explains the whole plot in just one sentence from his poem The Aeneid which is; “Ah, put no faith in anything the will of the gods opposes!”

Nikos Kazantzakis also wrote an epic poem “The Odyssey: A Modern Sequel” which was to give Odyssey a separate ending and “Ulysses” by James Joyce was highly influenced from the main character of Odyssey. The definition of this immortal character of Homer is; one who has to go to his destination, his search must be anguishing, to whom staying somewhere must be discomforting and who is very happy and comfortable in tour and eager to arrive to his destination.

In ‘Rooftop Soliloguy’ Roman Payne speaks about Odyssey in those words; “During the waning moon, I cradle Homer’s ‘Odyssey’ as if it were the sweet body of a woman.”

A mortal is always guilty of what occurs to him, Homer here beautifully elaborates his views on this point; “Oh for shame, how the mortals put the blame on us gods, for they say evils come from us. But it is they, rather, who by their own recklessness, win sorrow beyond what is given.”

This same thought is also presented in The Seventh Seal movie by Ingmar Bergman, which means he is wider than one can expect — the quotation is; “The strange thing is that people see plague as a punishment from God.”

Central idea of ‘The Divine Comedy’ was impacted from Virgil but in actual Virgil borrowed it from Homer and provided us a vision of underground Hades and its dead people as Homer did. If there wouldn’t have been Homer, Virgil wouldn’t have existed so Dante.

Homer provided us numerous characters which are unforgettable and the main characters in his both books are gods. Homer displayed both negativity and positivity of gods, he showed us dark cores of the divine powers and bright cores of mortal characters, as Marty Rubin said; “Homer was a true poet, he made the gods ridiculous.”

In his book ‘Frogs’, Aristophanes praises the excellence of the characters of Homer as; “And brave men, too— Homer gave us lots.” A scene where Achilles is back to the field of war and is waiting for Hector to fight with him (to avenge his friend Patroclus), where hence everyone (also Hector himself) knows the death of Hector has walked with its feet and arrived at the gates. Hector gathering courage and wrapping his heart speaks to his countrymen and his relatives in those words;

“Why so much grief for me? No man will hurl me down to Death, against my fate. And fate? No one alive has ever escaped it, neither brave man nor coward, I tell you – it’s born with us the day that we are born.” (Iliad)

These verses reflect a power of poem, it signs excellence of courage, emotion, love and death, with tears he made that scene. Trojans were not shown as enemies but they were more of victims and they were unjustified by divine powers, the peculiarity of the poem is that our most striking sympathetic treatment is induced to Trojans when they lack the powers enemies have.

Homer inflates a breathing life in his scenes and attract us as a fisher attract his target by throwing a fishing net in pond. In the end there is a scene I’m going to describe which wounds the heart like it is shot by an arrow. Priam, the father of Hector travels to the troops of Greeks and walks to the camp of Achilles in order to implore him for the body of his son without any fellow man. He arrives there and kisses the feet and hands of Achilles and speaks; “Think of your father, O Achilles like unto the gods, who is such even as I am, on the sad threshold of old age. It may be that those who dwell near him harass him, and there is none to keep war and ruin from him. Yet when he hears of you being still alive, he is glad, and his days are full of hope that he shall see his dear son come home to him from Troy; but I, wretched man that I am, had the bravest in all Troy for my sons, and there is not one of them left. I had fifty sons when the Achaeans came here; nineteen of them were from a single womb, and the others were borne to me by the women of my household. The greater part of them has fierce Mars laid low, and Hector, him who was alone left, him who was the guardian of the city and ourselves, him have you lately slain; therefore I am now come to the ships of the Achaeans to ransom his body from you with a great ransom. Fear, O Achilles, the wrath of heaven; think on your own father and have compassion upon me, who am the more pitiable, for I have steeled myself as no man yet has ever steeled himself before me, and have raised to my lips the hand of him who slew my son.” (Iliad)

Homer dramatizes the human condition of struggle, love, greed, grief, trickery, power, courage, competitiveness, pain, hobbies, love, fears, emotions, generosity, virtues and defects of Greeks, not only Greeks but he also showed us the graces and braveness of Trojans. The honesty with which Homer looks at those aspects of life is what makes it fascinating. Nobody knows anything about Homer and his life, all we know is he was blind and he created Iliad and Odyssey, we imagine his face as a statue which is famous, Michelangelo once wrote; “Homer whom the muse loved above all other man.”