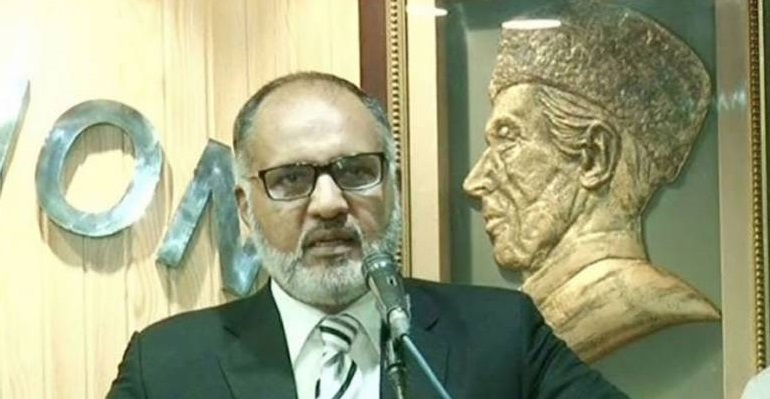 ISLAMABAD: The federal government on Thursday denied allegations levelled by Justice Shaukat Aziz Siddiqui, a former Islamabad High Court judge, against officers of the state, terming them ‘baseless’ and ‘misleading.’

On behalf of the government, the additional attorney general submitted a statement in the Supreme Court which is hearing an appeal filed by Justice Siddiqui against the opinion of the Supreme Judicial Council as well as the October 11, 2018 notification under which he was removed for his speech on July 21 that year at the District Bar Association in Rawalpindi.

During the hearing of the case on June 8, senior counsel Hamid Khan, representing the former judge, read out his client’s reply in response to the July 31, 2018, show-cause notice by the council in which he openly named incumbent Inter-Services Intelligence (ISI) director general Lt Gen Faiz Hameed for making visits to him (Siddiqui) to allegedly influence judicial proceedings.

The statement submitted by the additional attorney general noted that Justice Siddiqui’s counsel during the June 8 hearing had read a number of paragraphs from the document attached with the petition which contained allegations about certain officers of the state. It said the federal government had not filed any reply on the appeal because the apex court was currently hearing arguments on the maintainability of the petition in view of the bar under Article 211 of the constitution.

“However, as specific allegations about certain officers of the state were made in the petition and read out in the court, on instructions it is placed before this court that the allegations made are baseless, misleading and, therefore, denied,” the additional attorney general said in the statement.

Justice Siddiqui was removed from the high judicial office on recommendation of the council under Article 209 of the constitution for displaying a conduct unbecoming of a judge for his speech at the Rawalpindi Bar Association. The former judge had accused certain officers of interfering in the judiciary’s affairs.