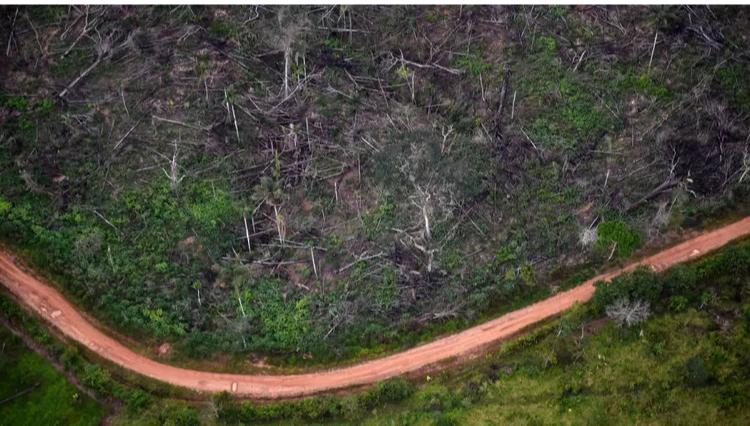 The world must tackle the dual crises of climate change and biodiversity loss together, two UN expert groups meeting together said Thursday, warning against measures to combat global warming that harm nature.

In the first ever collaboration between the United Nations’ intergovernmental panels on climate and nature loss, the scientists said that while the twin threats were mutually reinforcing, they had historically been treated as if they were independent of each other.

A peer-reviewed workshop report, based on virtual discussions between experts from the IPBES biodiversity and IPCC climate panels, warned that a number of planned interventions against global heating would adversely impact nature.

These include planting bioenergy crops over large land areas, which are detrimental to ecosystems. They also cautioned against planting trees to suck up carbon pollution in ecosystems that have not historically been forested, which often damages biodiversity and food production. The panel called for an end to the loss and degradation of carbon- and species-rich ecosystems on land and oceans. Subsidies supporting activities harmful to nature — such as deforestation, over-fertilisation and over-fishing — must halt, the experts concluded. At the same time, they underlined the need for changes in individual consumption habits.

Restoring ecosystems was among the cheapest and quickest climate interventions available, and could also offer much-needed additional habitat for plants and animals, the researchers said. Improved management of cropland and grazing systems alone could save three-six billion tonnes of carbon dioxide equivalent emissions a year. “Climate change and biodiversity loss combine to threaten society — often magnifying and accelerating each other,” said Hoesung Lee, chair of the IPCC. Lee said that Thursday’s report was an “important step” in the collaboration between scientific fields focusing on climate and those focused on biodiversity. Alexandre Antonelli, director of science at Britain’s Royal Botanic Gardens, said the IPCC and IPBES collaboration was “long overdue”. “Although climate change and biodiversity loss pose unseen threats to our future, the good news is that we can tackle both through the right measures -– those that are based on solid science,” said Antonelli, who was not involved in the report.

IPBES chair Ana Maria Hernandez Salgar stressed that solutions such as nature preservation or restoration would only work in countering climate change and biodiversity loss if they were accompanied by sweeping cuts in manmade emissions. “Transformative change in all parts of society and our economy is needed to stabilise our climate, stop biodiversity loss and chart a path to the sustainable future we want,” she said. “This will require us to address both crises together, in complementary ways.”