We will learn from our mistakes, says Shadab 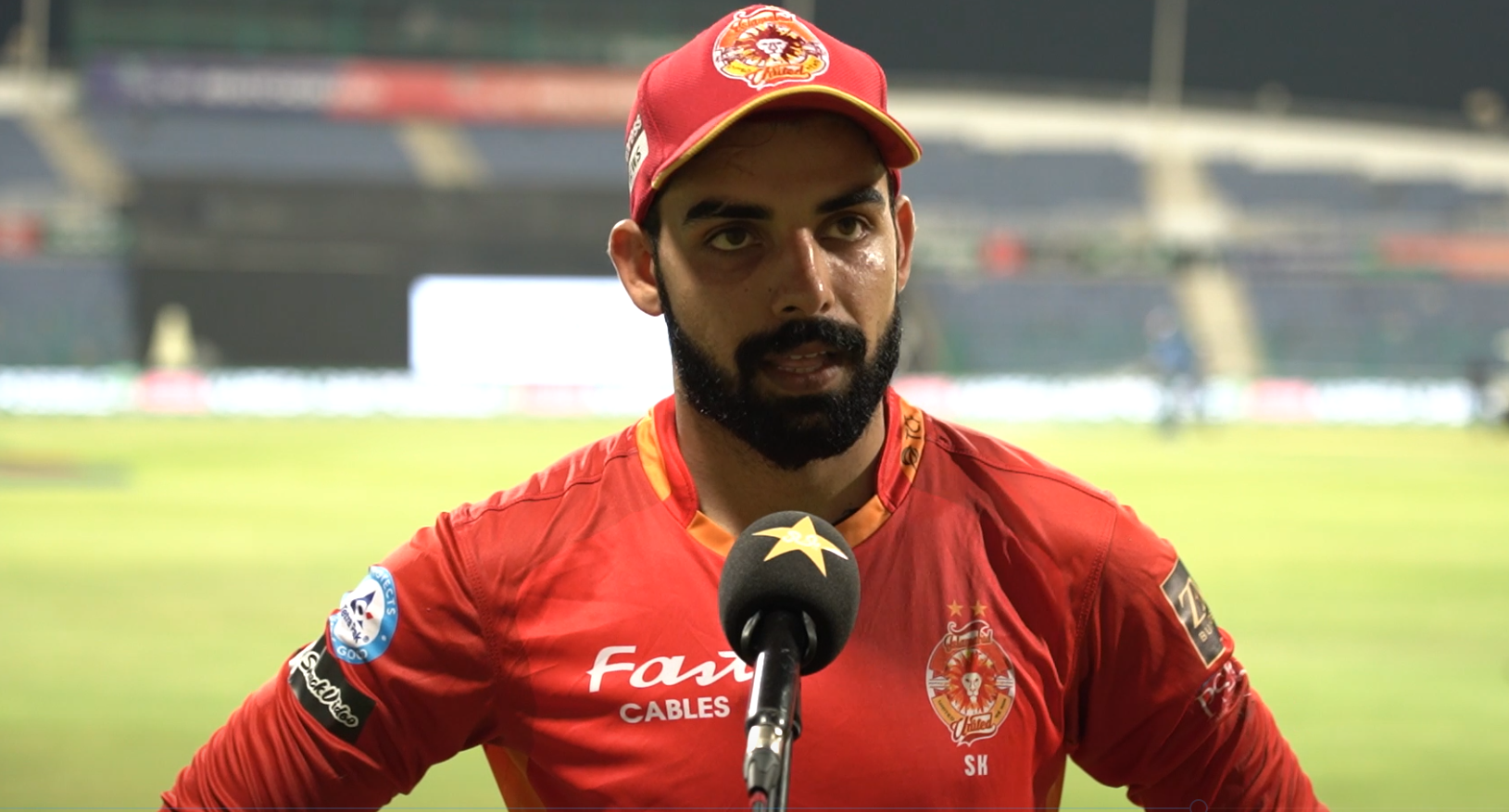 LAHORE: The reds captain, in his post-match video statement, said that this Abu-Dhabi pitch was dodgy, so the team will need a change in strategy.

Shadab believed that Islamabad United did not access the conditions properly and tried to be aggressive from the get-go. The all-rounder expressed his delight at seeing his team battle back after being bowled out for a modest total but emphasised that United must learn from their mistakes.

“We were unable to play in accordance with the pitch’s characteristics. Because the pitches here are significantly different from those in Karachi, we’ll undoubtedly need to adjust our batting strategy and strategize better,” Shadab added.

Shadab said that the dew made it difficult for the bowlers towards the latter part of the game the pitch did not help the spinners as well. He added that the toss could play a crucial role on Abu-Dhabi pitches.

I am pleased about my comeback. There was pressure as I am playing a competitive game after almost 3 months but nonetheless, I happy and satisfied,” the all-rounder added.

Shadab Khan was happy with the efforts of his team. He said that after a low score, the squad performed well in the end. The bowlers fought valiantly and had the support of the fielders. There were some positives for us to take away, and we’ll attempt to improve our cricket and avoid repeating the mistakes we made.

The captain was impressed by the young fast bowler Mohammad Wasim Junior and said that he has been bowling really well from the Karachi leg and has carried his form into the second leg as well. He said that “It’s a positive indication for Pakistan cricket, not only for the PSL or Islamabad United. I am confident that he would do a fantastic job for Pakistan.”