IHC adjourns hearing till June 23 in references against Nawaz Sharif 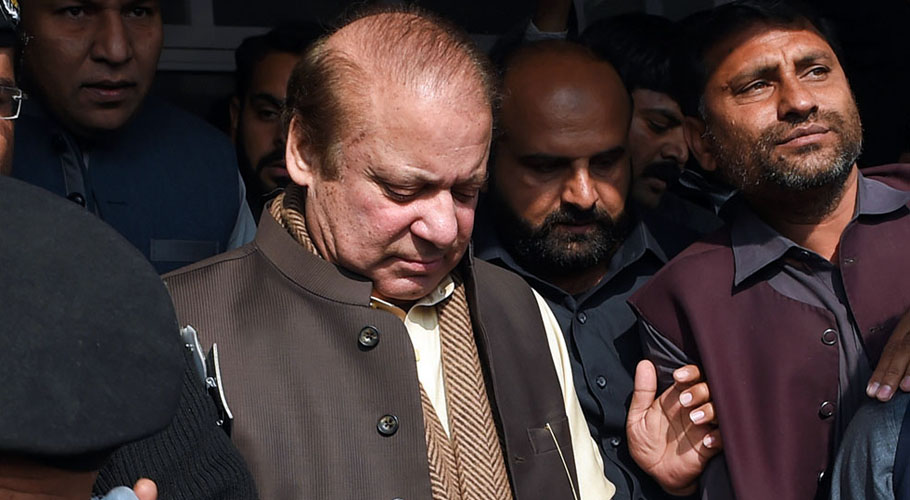 ISLAMABAD: The Islamabad High Court (IHC) on Wednesday adjourned the hearing till June 23, on the appeal in references against former Prime Minister Nawaz Sharif and his family members pertaining to Al-Azizia Steel Mills, Avenfield Property and Flagship Investment.

Giving arguments, National Accountability Bureau (NAB) Additional Prosecutor General Jahanzeb Bharwana said Nawaz Sharif’s ‘right to listen’ had already been terminated due to non appearance. Now his appeals could be turned down without even going into the evidence, he added.

Bharwana said he would also present judicial references before the court in support of the stance.

He further contended that Nawaz Sharif’s sentence should be upheld and increased in references of Avenfield property and Al-Azizia Steel Mills, respectively. However, the court was yet to serve notices to respondents in the NAB appeal against the acquittal of the former prime minister in flagship investment reference.

Earlier giving arguments, amicus curiae Azam Nazir Tarar argued that the court had to look at all parties equally. There was no denying that the decisions in different cases had impact on others, he said.

In this case, the accused had been given only temporary relief of suspension of his imprisonment sentence.

Justice Farooq remarked that the NAB had now requested to dismiss the appeals of the accused but those had already been accepted for hearing. He questioned on the measures to take if the appellants were no longer available to the bench.

To this, Tarar said different courts had given opinions in various cases that in this situation the decision could not be on merit.

Azam Nazir Tarar said in such a situation, the path should be taken which would not harm anyone’s right. Such cases used to live not only in law books, but also in history, he argued.

Tarar pleaded that both Nawaz Sharif’s disqualification and punishment were still valid.

At this time, the court should not do anything that could affect the judiciary’s image.

Tarar adopted the stance that if the court heard the appeal in absentia and concluded that the sentence was wrong, then the acquittal of the accused would be criticized.

Justice Kiyani observed that judicial precedents produced by Azam Tarar were only related to accused trials in absence.

Justice Farooq noted that two co-accused were also present in the court that could pursue their appeals on merit. Maryam Nawaz and her husband were also convicted under the same evidence, he added.

Tarar said that the court could run Nawaz Sharif’s case separately on his return, adding that if the court wanted they could also postpone the appeals of Safdar and Maryam for now.

In the absence of one of the accused, the case of others cannot be adjourned, Justice Amir Farooq answered.

Azam Tarar said it would not matter if the proceedings on appeals were stopped here. If Nawaz Sharif returned or was brought back tomorrow, let the case go ahead, he contended.

He said what would be the benefit if the court’s decision could not be implemented even after the whole exercise?

If the court upholds Nawaz Sharif’s sentence, how the action would be taken, Tarar asked.

Justice Kiyani remarked whatever decision the court took it would be criticized, adding that the bench was looking for legal points instead of political.

Tarar said former judge Arshad Malik’s video scandal was also linked to the appeals, adding that tomorrow Nawaz Sharif could claim that it was his case.

Justice Farooq said the bench would decide the matter according to the law.

Azam Tarar said copies of some court decisions had been requested from Khyber Pakhtunkhwa and Karachi, adding that he would present the same on next hearing as references.