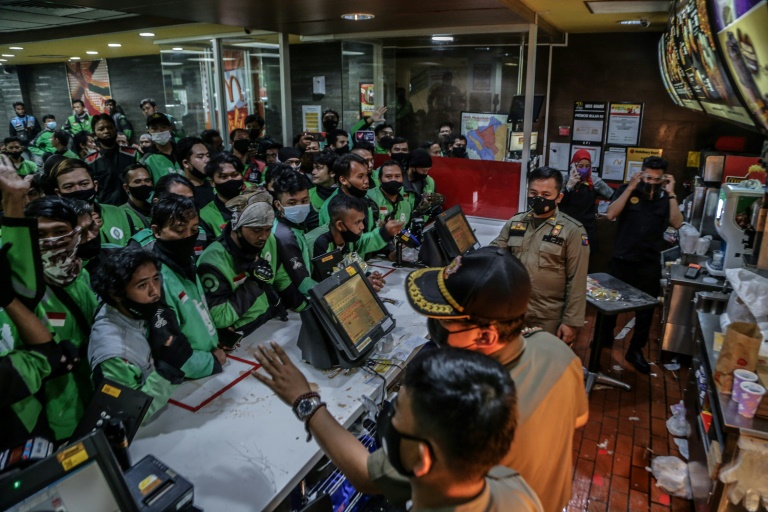 Jakarta and several other cities slapped closure stickers on at least 13 outlets that were deluged with online food-delivery drivers picking up a meal set named after the hugely popular Korean boy band.

“I don’t want Semarang to be in the Covid-19 red zone again”.

Indonesia is one of the hardest-hit nations in Asia.

Jakarta authorities did not respond to requests for comment. But local media said five stores in the capital were shut over BTS-meal orders.

The meal set of chicken nuggets, fries and a drink, first made available in Indonesia Wednesday, has been on offer in dozens of countries since May.

BTS have become global superstars with millions of fans around the world since their debut in 2013.