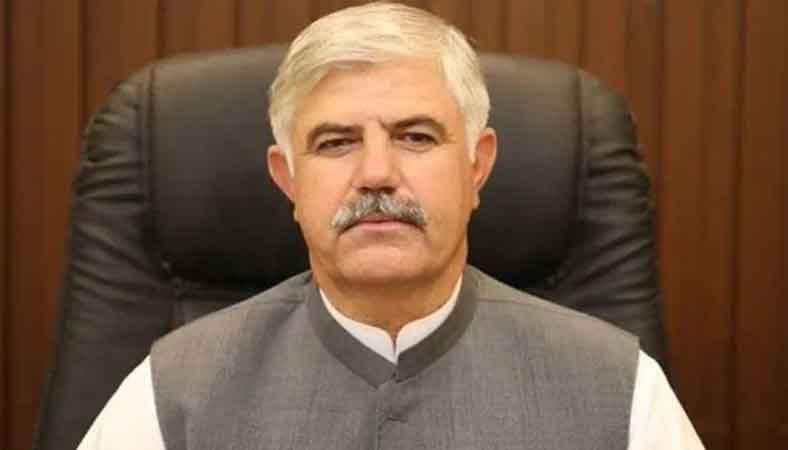 Chief Minister Khyber Pakhtunkhwa Mahmood Khan has termed the progress made so far on the ongoing initiatives under Agriculture Transformation Plan as satisfactory and directed the authorities concerned to ensure launching of Kisan Card under Digital Subsidy Mechanism within the next two months.

The chief minister said that the Agriculture Transformation Plan would prove to be a revolutionary step towards development of the agriculture sector adding that the provincial government is going all out to achieve the goals set under the plan in line with the vision of Prime Minister Imran Khan.

“Sustainable Development of agriculture sector, facilitating the farmers and food security were amongst priority areas of provincial government; all the available resources are being utilized for the purpose under well devised strategy,” he added.

Briefing about the latest progress made on the various interventions under the plan, the forum was informed that under the intervention for quality seed dissemination amongst farmers, procurement of seed was in progress. Initially 10,000 to 12,000 metric ton wheat seed would be procured and provided to farmers.

Highlighting the proactive approach of the provincial government in the agriculture sector, it was informed that Tele-Farming and e-Agriculture system of Khyber Pakhtunkhwa for ICT based extension services were already operational whereas Model Farm Services Centres have been established across the province.

Farmers are being facilitated through one Window operation facility in the aforesaid Model Farm Services Centres whereas Farmer Tele Facilitation Centre (call centre) has been set up under Tele-farming and e-Agriculture system. Besides the web portal, mobile application (agriculture extension), Management Information System (MIS) and Agri-Info (SMS) service are the important features of the system.

Similarly, the participants were apprised that under the Digital Subsidy Mechanism, preparations were under process for launching Kisan Card adding that under KP Irrigated agriculture project in the first phase 150 moisture meters would be installed.

In order to improve Post-Harvest Storage, provincial sales tax on services for warehouse operators is being reduced from 16% to 1% which would be added in the Finance Bill.
The forum was further informed that Agriculture Research Institutes Tarnab and Mingora would be upgraded and an Act to this effect has been submitted for the review of the law department and the same after clearance would be submitted for the approval of the provincial cabinet.

Similarly, under the intervention “Genetic Improvement of Cattle” a PC-1 is in progress to develop a proposed digital extension service model. It was further informed that consent of the provincial government for the projects pertaining to the five year Agriculture Transformation Plan was solicited and the detailed PC-1 would also be submitted to the concerned quarter for further processing.

The chief minister expressed his satisfaction over the progress made so far on the agriculture transformation plan in the province adding that the agriculture sector has the key role in the national economy. That’s why he said that the incumbent government has a special focus on the development of this sector.

“Provincial government is fully committed to play its leading role in implementing the said plan and taking visible steps to this effect,” he concluded.