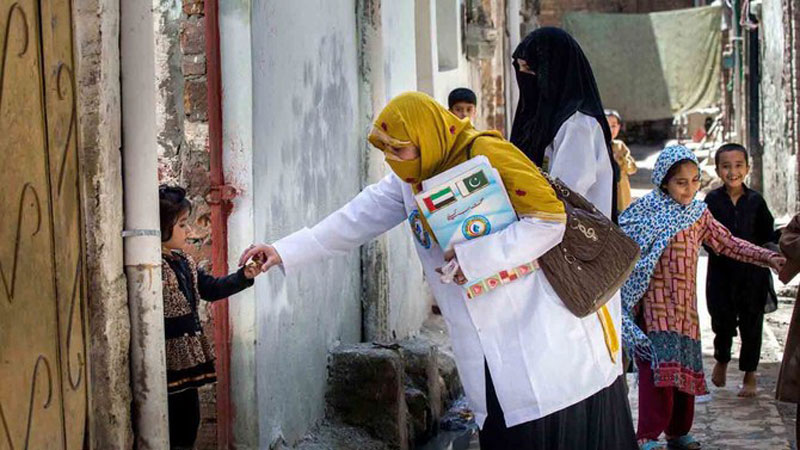 Khyber Pakhtunkhwa Police Chief Sanaullah Abbasi on Wednesday taking notice of firing on the anti-polio team and the killing of two policemen in the incident, sought a report from DIG and DPO Mardan.

Condemning the incident, IGP said that it was a cowardly attack by the terrorists and assured that soon the culprits involved in the heinous crime would be apprehended and punished.

It is to be noted that two policemen were martyred in Mardan when unidentified gunmen riding on a bike opened fire on an anti-polio team who were returning after completing the vaccination drive.

The RESCUE and police teams rushed to the site soon after the incident and shifted the dead bodies to Mardan district hospital.