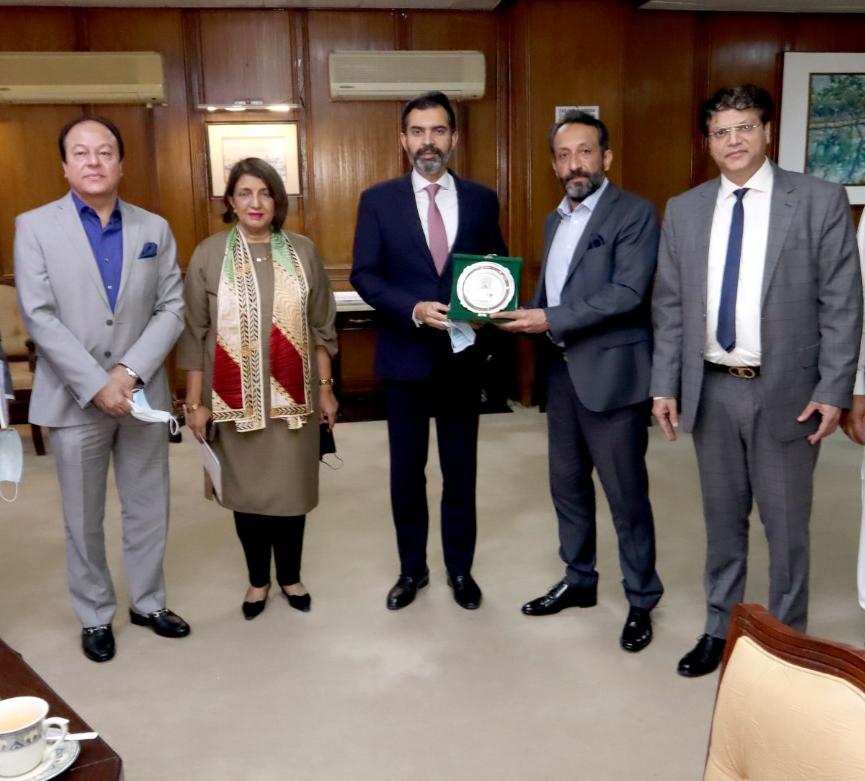 The Governor State Bank of Pakistan Dr. Reza Baqir has said that the SBP is going to initiate a scheme for Financing to the Cottage Industry up to 10 million Rupees without the collateral. He said that the government will give guarantees to the Banks against losses and will invite Expression of Interest from Banks for inclusion in this scheme. The Governor SBP said that the end user rate for the small businesses and cottage industry in this scheme would be 9% which would otherwise get loans at 24%.

He said that to facilitate the growth of the IT sector, particularly the startups, foreign exchange laws have been relaxed and made more business friendly. The foreign funding in the IT sector will be greatly facilitated by relaxation in laws. Banks have been fully delegated to handle the payment issues of IT companies. He said that the IT companies can now get web and digital services from abroad for up to US$ 200,000/- without the approval of the State Bank. Previously this limit was US$ 10,000/-

The Governor State Bank of Pakistan said that SBP has initiated various schemes like Principal Restructuring, TERF and Refinance scheme for payment of Salaries to support the businesses during adverse COVID times. He said that more than 90% of the beneficiaries of the scheme for restructuring of Principal amount were the small borrowers. More than 600 billion Rs loans were restructured.

“In total, the State Bank provided a relief of more than 2 Trillion Rupees to the Business Community through various schemes to help the Economy to get on track”, Dr. Reza Baqir said adding that the Government deserves appreciation for its various initiatives during covid times. Due to the prudent policies of the Government, the Debt to GDP ratio did not increase during the covid period while in the developed economies, it increased by 10 to 15%.

He said that as far as the TERF scheme is concerned, Rs 436 Billion financing has been approved out of which 500 million dollars have already been disbursed while the disbursement of remaining amount is in pipeline. Once the full amount is disbursed, then we can think of further extending this scheme. We also have to keep the import payments in check as this scheme is mainly for importing machinery.

LCCI President Mian Tariq Misbah said that the Temporary Economic Refinance Facility (TEFR) which was initiated by the State Bank for provision of long term finance facility at concessionary rates for purchase of new imported/locally manufactured plant & machinery for setting up new projects should extended further as it expired on 31st March 2021.

He said that the State Bank Refinance Scheme for the payment of Salaries which expired on September 30 2020 should be initiated again, particularly for the hospitality sector e.g. Restaurants, Marriage Halls which have suffered the most during the lockdown.

The LCCI President said that the State Bank should organize orientation sessions in all the Chambers of Commerce to apprise the business community about the functioning Pakistan Single Window System before it is formally launched in August 2021. He said that the members of Business community, especially those belonging to Rice milling business, are unable to export Rice to Iran due to sanctions and payment issues. In this regard, the State Bank should work on a mechanism of exporting rice to Iran through the Barter Trade mechanism.
Mian Tariq Misbah said it has been observed that even after the customers fully settle their overdue payments amicably with the banks, their names are still reported in the eCIB under write-offs. This matter needs your consideration. He said that the customers of all banks should also be given access to check their own status in the eCIB database.

The LCCI President added that in order to enhance our exports to the untapped potential markets like Russia and Central Asia, formal Banking Channels should be established on priority basis. He said that the ban on the Advance Payments for Commercial Importers is making it very difficult for them to import vital raw materials and other essential components (spare parts and machinery). We recommend that Commercial Importers should be allowed to import against Advance Payments up to US$ 20,000/-. He said that the time for processing E-form needs to be decreased. E-form should be approved within an hour on exporter’s request including weekends.

LCCI Vice President Tahir Manzoor Chaudhry said that Commercial Importers should be allowed to import against advance payment up to US$ 20,000 as they are the vital suppliers of raw materials to the industry. He said that the issues of the Foreign Exchange companies pertaining to grey areas should be resolved.

The Governor State Bank informed the LCCI President that the financing scheme for salaries was an emergency measure to prevent layoffs which was availed by many sectors. For the support of the hospitality sector, the State Bank can launch a separate scheme for their working capital needs.

Dr. Reza Baqir said that the LCCI should provide State Bank with the names of the major players who are trading with Central Asia so that a meeting can be arranged with representatives of various Banks to resolve the issue of Banking Channels.