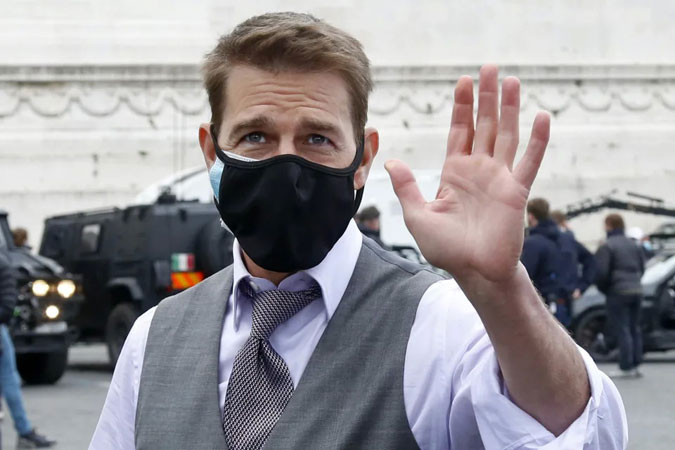 Filming on the movie – the seventh in the high-octane franchise about IMF agent Ethan Hunt – has wound up until 14 June.

A Paramount spokesperson said: “We have temporarily halted production on Mission: Impossible 7 until June 14, due to positive coronavirus test results during routine testing. “We are following all safety protocols and will continue to monitor the situation.”

It isn’t known how many people tested positive for the virus. Mission: Impossible 7, which also stars Simon Pegg, Hayley Atwell and Rebecca Ferguson, had been shooting in the UK. The movie has already hit a few bumps in the road.

Production was due to get under way in Italy back in February 2020 but had to be halted amid the coronavirus pandemic.

Then after the cameras started rolling again there was controversy when audio emerged that appeared to capture Cruise ranting at his co-workers for apparently breaking COVID protocols.

The star, who is also a producer of the blockbuster franchise, threatened to fire anyone not following the guidelines, according to the recording.

“We are the gold standard. They’re back there in Hollywood making movies right now because of us. Because they believe in us and what we’re doing. I’m on the phone with every f****** studio at night, insurance companies, producers and they’re looking at us and using us to make their movies.