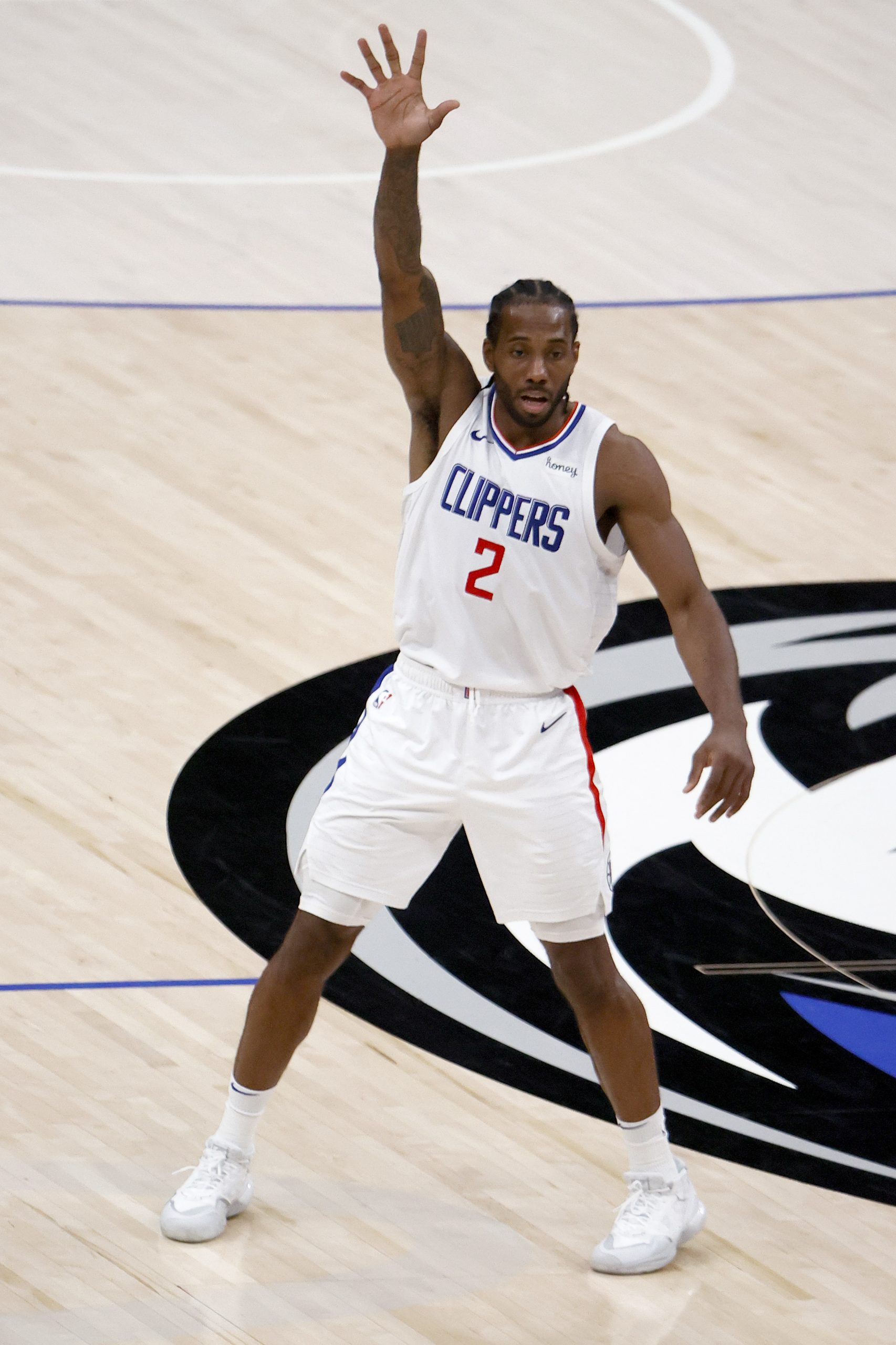 Kawhi Leonard tied his postseason career high with 45 points as the Los Angeles Clippers beat the Dallas Mavericks 104-97 Friday to stave off elimination and force game seven in their Western Conference NBA series.

The Clippers kept their season alive by winning in front of an almost full house at Dallas‘ American Airlines Center, marking the first time in NBA history that the road team has won the first six games in a best-of-seven series. Game seven is Sunday at Staples Center arena in downtown Los Angeles where the Mavericks have won three games. “I didn’t want to go home,” said Leonard of facing elimination in front of 18,300 Dallas fans in the first-round of the playoffs. Leonard becomes just the fourth player in playoff history with 45 points and 70 percent shooting while facing elimination, joining LeBron James, Wilt Chamberlain and Canadian Jamal Murray. “I had to insert myself into the game,” Leonard said. “My teammates found me, I got some open looks, knocked them down and I just kept going from there.”

Reggie Jackson added 25 and Paul George scored 20 points with 13 rebounds as the Clippers rallied from a seven-point deficit in the third quarter. Luka Doncic scored 29 points with 11 assists for the Mavericks, who are seeking to avenge a first-round playoff loss to the Clippers last season when they were ousted in six games. Tim Hardaway added 23 points for Dallas. “(Kawhi) destroyed us. He had a hell of a game. That’s what he does,” Doncic said of Leonard. Doncic, who scored 42 points in a game five win, waited until late in the game on Friday to score a large portion of his points. The Mavericks shot just 29 percent from the field in the final quarter and 41 percent overall. Leonard carried the Clippers on his back, shooting 18-of-25 from the floor and draining five of nine threes.

The Clippers led 48-45 at the half but trailed 90-88 heading into the fourth. Los Angeles’ Nicolas Batum made a dunk with just over five minutes left in the fourth to give them a 90-85 lead. That set the stage for Leonard to carry them to the finish. Leonard drained back-to-back threes down the stretch as the Clippers seized a 99-90 lead with 100 seconds to go. Doncic said the Mavericks’ winning record at Staples Center has them confident about game seven. “We all believe we can win game seven,” he said.