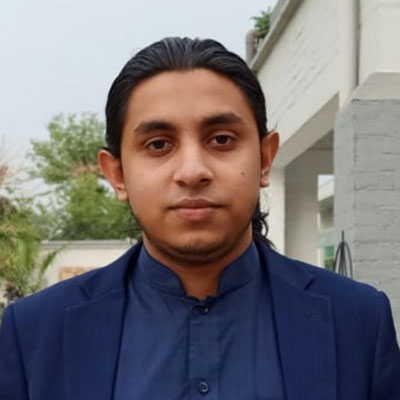 It may come as shocking for some people to know that the conflict between Palestinians and Israelis goes back only a century. The Palestine-Israel crisis is haunting the world. Going back in history, this region, near the Mediterranean, was under the rule of the Ottoman Empire for many decades. It was and still is religiously diverse as the place is holy and sacred for Muslims, Jews, and Christians alike.

In the early 20th century, a massive population of Jews started moving towards the region. After the first world war, the British took over the region through a mandate that we now know as ‘British Mandate for Palestine’.  Firstly, the Jews were allowed to migrate into the region by British authorities but were later discouraged. To combat both British and local Arabs, the Jews formed their own militias. Then the Holocaust happened during 1941 and 1945 that triggered more Jewish people to move into the region. They started to form their own narratives and doctrines in order to gain world support. In 1947, the United Nations (UN) agreed to the formation of 2 separate states but it also said, the city of Jerusalem was to be made part of an International zone where followers of all three faiths would be able to visit which would eventually reduce sectarian violence. Unfortunately, this was not the case as the first Arab-Israel war occurred in 1948 which continued for about a year. This was the first attempt by the Independent Arab countries in order to support Palestinian Muslims against the cruel actions of Israel. Soon after the war, Israelis expelled several thousand of Palestinians from their homes as they had now attained control over most of Western Jerusalem and Palestine even though it was against what the UN suggested in 1947. This ended up in ‘Palestinian Exodus’ which was a painful refugee crisis as a lot of Palestinians fled to other parts of the world in search of safety and freedom. Following the second Arab- Israel war that happened in 1967, Israel took control of Golan Heights from Syria, Gaza and Senai peninsula from Egypt and West Bank from Jordan. However, Egypt got back the Senai peninsula through the ‘Camp David Accords’ that was brokered by the United States between both countries in 1978.

At this point, Israel still had control over Gaza and the West Bank. This is the point of great importance as the real Palestine-Israel struggle now begins as Palestine Liberation Organization (PLO) is established in 1964. Initially, PLO claimed to conquer and reoccupy all the land that was once under British rule but later agreed to the formation of 2 separate states. Acts of violence took place between PLO and Israelis. It is worth mentioning, during this time a population of Jewish settlers started moving to the West Bank. They acquired more and more land due their vested interests whilst Israeli soldiers were deployed to protect those Jewish settlers. They forced Palestinians out of their land and split communities amongst them. Their aim was to never let Palestinians have their separate state. Today, there are several thousands of these Jewish settlers even though the International community considers them to live illegally. All these events led to Intifada, which is an Arabic word that means uprising. Intifada included protests and boycotts by the Palestinians during the 1980s. Israel responded with all its might to thwart Intifada. This ended up sadly as more than 1000 Palestinians lives were lost.

To counter the Israeli’s power and to gain deterrence in the region, Hamas was formed in 1987, and it put the Palestine-Israel crisis in the limelight. Hamas is a Palestinian organization that is currently controlling the Gaza strip. They had a different approach towards the Israelis in relation to PLO as they refuse to accept the existence of Israeli state. One major difference between Hamas and PLO is that Hamas has a military group to respond with, unlike PLO. During 1998, Oslo Accords were conducted that suggested that the withdrawal of Israelis from Palestinian land but only someday (only to Palestine-Israel crisis). In return, Palestine would accept Israel as a state which was deeply opposed by Hamas meanwhile Jewish extremists also debated and even violated the agreement. The second round of Oslo Accords was stopped due to the assassination of the Israeli Prime minister, Yitzhak Rabin by a far-right-Israeli who may have assumed that the Israeli Prime Minister was a traitor for being part of the accords. Second Intifada (protests) resulted in more than 3,200 deaths of Palestinians that were massacred by Israelis. In 2005, Israel withdrew from Gaza that increased the deterrence of Hamas. Hamas’s power increased massively as a result of winning general elections by securing 74 seats. However, Israel then placed Gaza under a strict blockade causing an unemployment rate of 40% which separated and isolated Gaza from the West Bank. West Bank is the region where Palestinians occasionally conduct protests and Gaza is where periodic wars happen between Hamas and Israeli forces. The Palestine-Israel crisis goes on.

Hamas is currently defending Gaza by using rockets and Israel is utilizing its Iron Dome short-range missile system to defend itself by intercepting rockets coming from Hamas. At its first launch, it was claimed by the Israelis to be 90 % effective in intercepting rockets but in reality, it is 80 %. At the same time, the cost of the Iron Dome will take its toll on Israel’s economy as it is highly expensive. The law-and-order situation is worsening with every passing day as innocent Palestinian lives are lost due to Israel’s inhumane and apartheid doctrine. Some countries such as Turkey and Iran are supporting Palestinians in one way or the other as the Palestinians are not well equipped militarily and economically. Statements issued by Prime Minister Imran Khan and Foreign Minister Shah Mehmood Qureshi in support for our Palestinian brothers may have a positive impact as it raises questions for the International community, human rights experts, and unfortunately for the entire world.

The writer can be reached at mhamza252@hotmail.com