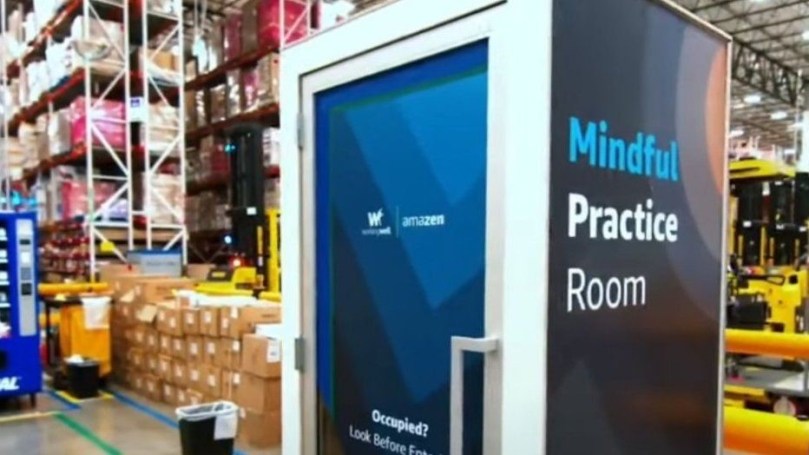 Amazon plans to put “wellness chambers” in its warehouses for stressed out workers. In a video shared on its Twitter account, Amazon said the “AmaZen” chamber would help staff focus on their mental health.

The purpose of the concept is so employees can relax and calm their nerves during working hours to enhance productivity.

The US retail leader has previously faced repeated criticism for its harsh working conditions in its facilities. Workers are required to extend their shifts – typically with no prior notice. Last year, the company was hit by strikes in Italy and Germany and protests at warehouses and grocery stores in the US. Unions lodged complaints with the state, leading to government intervention.

In the Twitter video that was later deleted, the small pod sized chamber can be seen to have just enough room for a chair, a small computer table against one wall, and a few small potted plants on shelves. The top panel was painted as a blue sky with clouds.

News site Motherboard described the chamber as a “coffin-sized booth in the middle of an Amazon warehouse”. Viewers who had saved the video before its removal uploaded it again to criticize Amazon’s unethical practices.