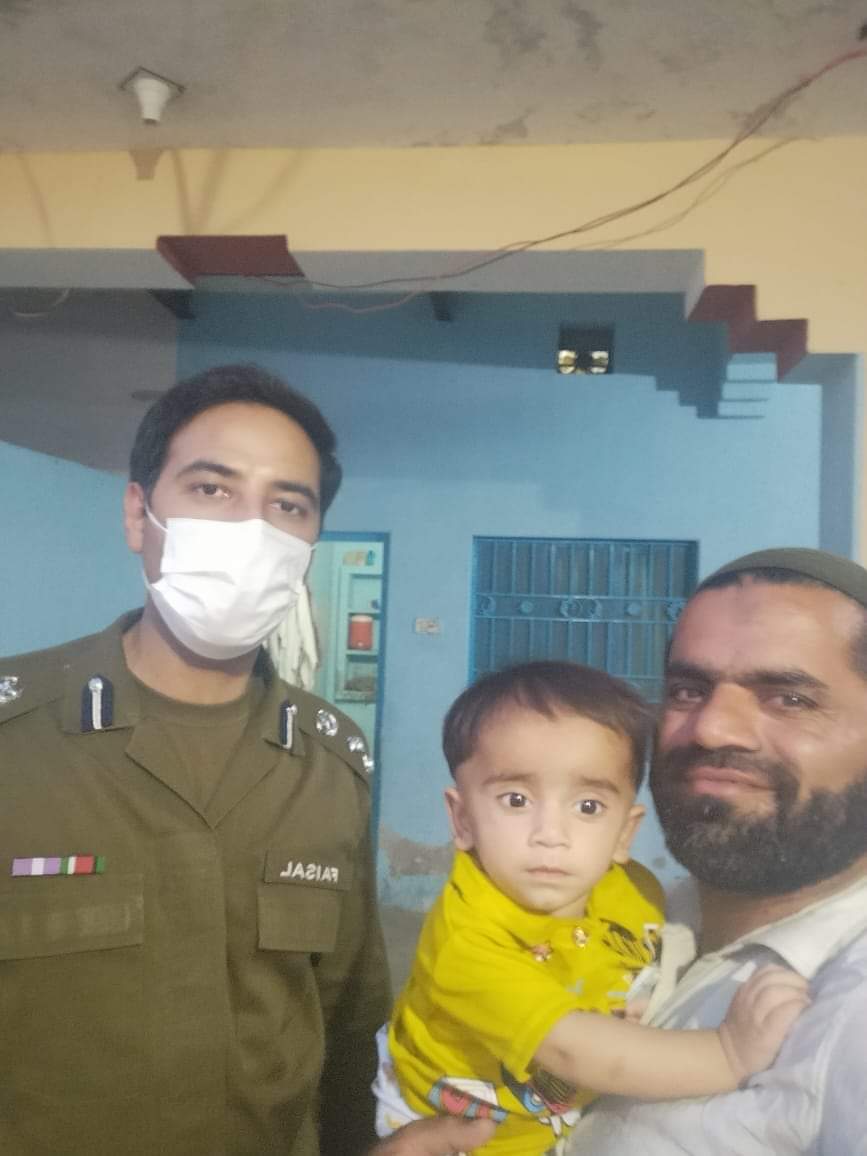 LODHRAN: A police constable, Mahboob Iqbal, recently uploaded a video on social media appealing to Prime Minister Imran Khan, Chief Minister Usman Buzdar, Inspector General of Punjab Inam Ghani and DPO of Bahawalpur Faisal Kamran to take notice of, what he claimed, his unfair dismissal and declaration of his mental illness by the department.
The video:

The constable can be seen weeping in the 2.5-minute clip alongside his wife and a child, revealing how the station house officer (SHO) of his area unjustly dismissed from service him a month ago over three hours of absence from duty.
The middle-aged cop further disclosed how the SHO has privately employed several assistant sub-inspectors, informing of the mass-level corruption taking place in the area.
He had forcibly been admitted to a hospital, after higher authorities proclaimed him mentally ill, according to his statement.
As the video went viral, the DPO of Bahawalpur took notice of the issue and visited Constable Mahboob Iqbal to recompense and address issues.
In a positive round of events, DPO Bahawalpur, Muhammad Faisal Kamran visited the house of the dispirited officer after the video went viral to inquire about him and his family.
The officer not only reinstated Mr. Mahboob on Rs20,000 wages but also ordered his restoration on his former duty as soon as possible. Speaking to sources, Faisal Kamran stated that the police are not just a department but a family unit where each other’s grievances must be addressed and solved.
The conduct of Mr Faisal Kamran shows that exemplary and ethical behavior by police officials is still present and must be graciously acknowledged and appreciated by higher authorities. Such issues if not addressed wisely can cost the police its legitimacy.