Pakistan’s exports to US increase 14.8pc this year: Ambassador 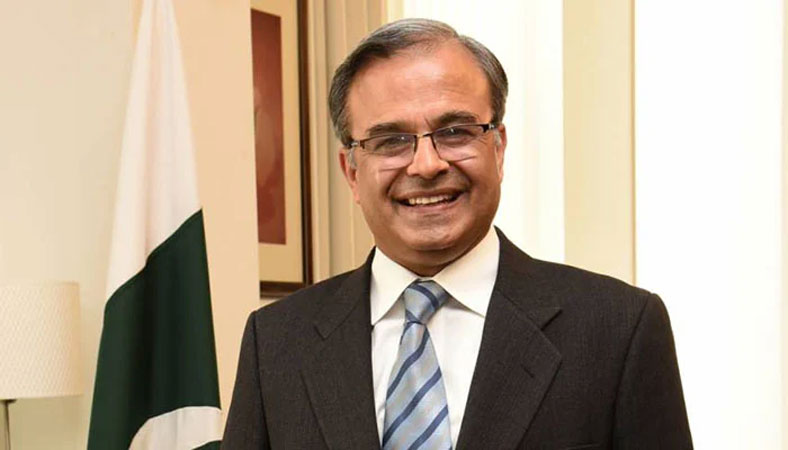 Pakistan’s Ambassador in Washington Asad Khan has said that Pakistan has recorded a 14.8 percent increase in exports to the United States during the current fiscal year (2020-21) as compared to last financial year.

Asad Khan in a Twitter post on Thursday said that exports to the US have risen by 14.8 percent on a year-on-year basis. “Increase is significant. Still enormous untapped potential for which we need to do better. Determined to work with and facilitate our exporters,” he added. In a separate tweet, the ambassador said he is happy to learn that a leading American grocery store has started stocking Pakistani rice and other food products. Pakistan’s exports of rice to the US have increased by 45 percent and of edible preparations by 68 percent from 2019 to 2020 he added.

According to the US Census website, trade volume for 2021 so far has stood at $839.7 million in exports to Pakistan and $1,156.9 million in imports from the South Asian nation. Earlier, Adviser to Prime Minister for Commerce and Investment Razak Dawood said that Pakistan’s exports to the US increased 29 percent to $4.1 billion in the first 10 months of the current fiscal year. Dawood said the US continues to be an important market for Pakistan. “Our exports to the US during Jul-Apr 2021 have increased by 29 percent to $4,092 million as compared to $3,173 million in Jul-Apr 2020,” Dawood wrote on Twitter.

“This is a substantial increase of $918 million and credit goes to our exporters for making this possible under difficult global conditions,” he said.

The United States recently assured support to Pakistan’s economy amid the unrelenting coronavirus challenges and expressed satisfaction over the government’s focus on geo-economics.