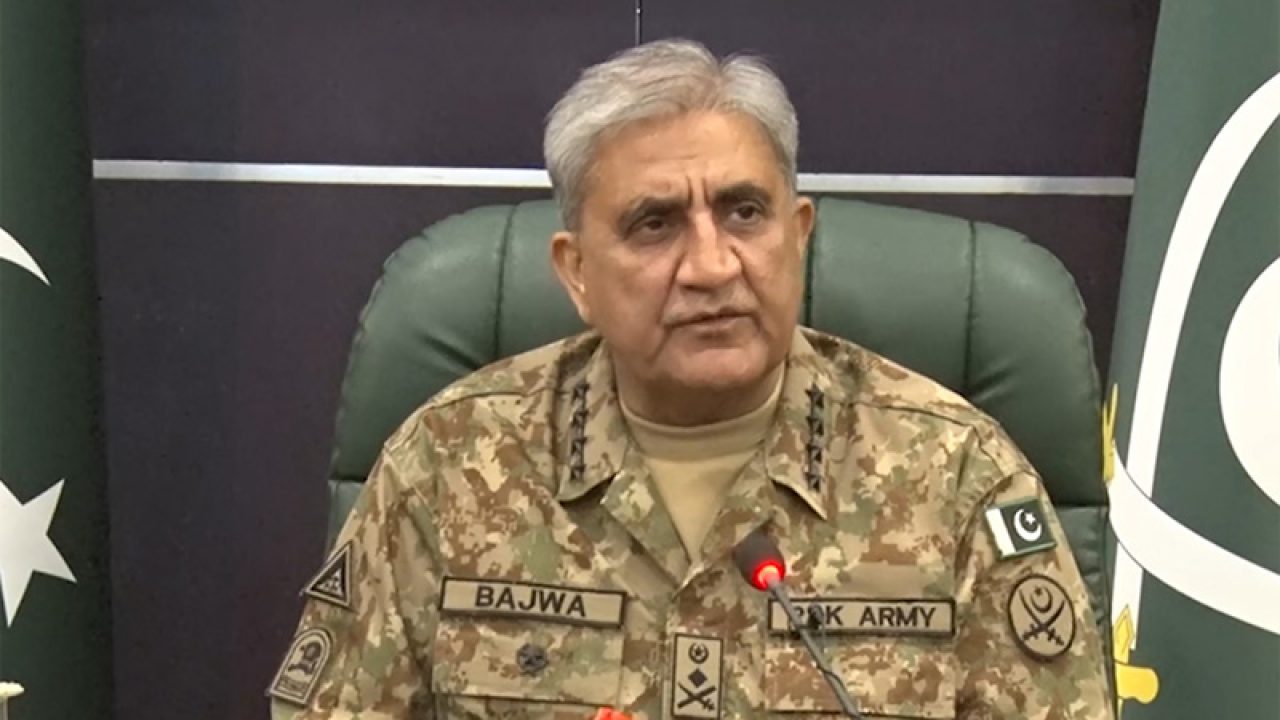 RAWALPINDI: Chief of Army Staff (COAS) General Qamar Javed Bajwa on Tuesday chaired the Corps Commanders’ Conference at the General Headquarters of the Pakistan Army, according to a press statement, issued by the Inter-Services Public Relations.

The ISPR statement said that the participants took comprehensive review of the global, regional and domestic security environment with particular focus on situation along borders especially the Line of Control, working boundary and the international border with Afghanistan.

The military commanders were apprised on evolving operational imperatives and corresponding strategy to meet upcoming challenges. General Qamar Bajwa expressed satisfaction over the army’s operational readiness in view of the emerging security threats.

Reviewing recent developments in Afghan peace process and its effects on security situation especially along the border, the military conference reaffirmed Pakistan’s support for regional peace and stability. Taking serious note of the recent cross-border firing incidents from Afghanistan and regrouping of terrorist leadership and outfits across, they expressed hope that Afghanistan soil will not be used against Pakistan.

The conference reiterated that in light of emerging regional security situation, Pakistan has taken effective border control/management measures and the same was expected from Afghanistan to deny any space to spoilers of peace.

The military commanders especially reviewed situation in newly-merged districts of Pakhtunkhwa and Balochistan and stressed upon the fast-paced socio-economic development of these areas to capitalize on the hard earned peace to bring an enduring stability.

The army chief appreciated formations for all-out support to the civil administration amidst the ongoing third wave of COVID-19 that has contributed in bringing significant reduction in spread of the pandemic and controlling its adverse effects.