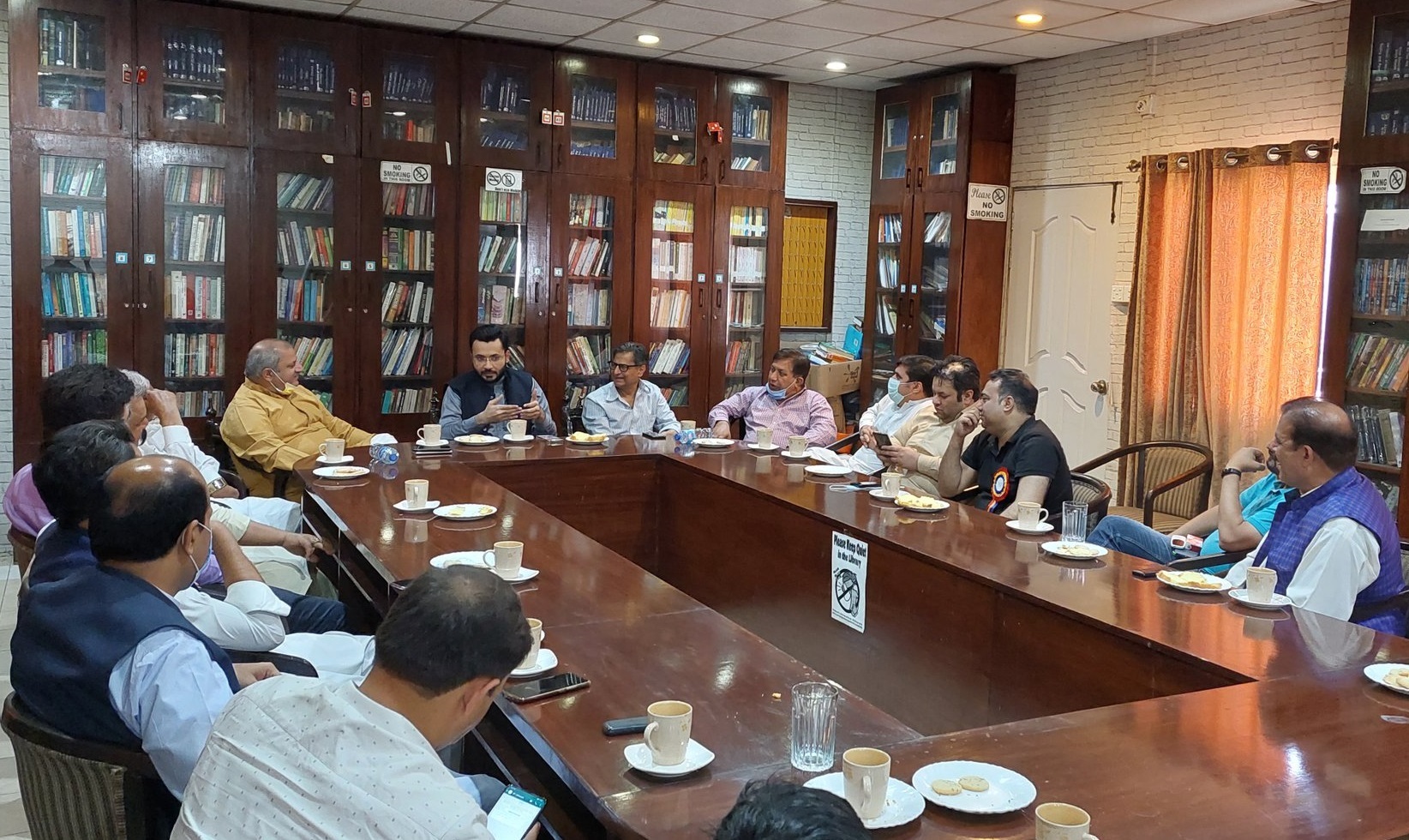 ISLAMABAD: State Minister for Information and Broadcasting Farrukh Habib on Monday expressed the hope that the foreign remittances would touch 28 billion dollars mark by the end of June.

Addressing a news conference at the National Press Club, he said that the overseas Pakistanis had full trust in the leadership of Prime Minister Imran Khan and that was the reason that they were remitting money through banking channels today.

During the first 10 months of the current fiscal year, he said that an amount of 24 billion dollars had already been received. “Two months still remain… and if this trend goes on with the same pace, the foreign remittances may touch 28 billion dollars by the end of current fiscal year.” He said that some overseas Pakistanis were reluctant to send their remittances through legal channels as they did not believe in the previous governments.

Farrukh Habib said that the expatriates did not send money to the country during the last governments because they knew that their money would be laundered abroad where then rulers’ children were doing businesses. As regards the present government’s economic achievements, he said the exports surged by 13.5 per cent, while the large-scale manufacturing grew by nine percent.

Likewise, the foreign exchange reserves had reached $23 billion, he said. Unlike the previous government, he said that the present government had reinvigorated the textile industry by giving an amount of Rs 40 billion in subsidy to the businessmen associated with the sector in Punjab. “There is a shortage of labourers in Faisalabad where the mill owners are forced to increase their salaries so that their work continues uninterrupted.”

He hoped that the exports would reach 26 billion dollars by the end of current fiscal year as it was expected that the export of textile items would alone contribute between 15 to 16 billion dollars. He said that Rs 1,100 billion subsidy to the farmers, coupled with increase in minimum support price had resulted into bumper crops of rice, wheat and sugarcane. Prime Minister Imran Khan was very keen to revitalize the agriculture sector, taking multiple initiatives for uplift of the small farmers, he added.

The state minister said that the government had been giving special attention to the food security as the prime minister was very concerned in that regard. He was conducting regular meetings on the issue and issuing instructions to the departments concerned and officials, he said. He said the government was formulating a National Agriculture Plan, with particular focus on the livestock sector, which had an immense potential in exports.

He regretted that there was no investment made in the agriculture sector during the last three years. He mentioned the ‘Kamyab Kissan’ programme, under which the farmers were being provided tractors on easy installments and that too without any financial guarantee. All the sectors, including textile, production and agriculture were on upward trajectory that resulted into the betterment of middle and lower middle classes, he said.

He pointed out jump in motorbikes sale that according to him mostly purchased by such strata. Highlighting the pro-poor initiatives of the government, including Ehsaas programme, he said that Prime Minister Imran Khan always cared about the poor and destitute. The prime minister was the only political leader who took stance against the complete lockdown and introduced the concept of smart lockdown, he said.

Unlike the Benazir Income Support Programme, the Ehsaas initiative had multiple projects that were not only meant to alleviate poverty but also to ensure social protection and financial inclusion of the poor segments of society, he said. Under the Ehsaas initiative, he said that annual scholarship of Rs 50,000 each was being given to those students, whose parents earned around Rs 45,000 per month and unable to bear expenses of their children’s higher education.

He said that there were seven million beneficiaries of the Ehsaas initiative, while 80,000 micro-loans were given to the poor under the Akhuwat programme. He also lashed out at the Pakistan Muslim League-N which had placed ‘economic land mines’ in the country during its government. It was Prime Minister Imran Khan, who had put the fragile economy on right track despite several challenges on internal and foreign fronts such as coronavirus pandemic, locust attack and Pak-India tensions.

He categorically rejected the claim of PMLN that the government had released ‘wrong’ data on economic growth. He dared the opposition parties to prove the figures wrong, as the data was accurate and correct. On the occasion, he also urged the opposition parties to help the government enact ‘Protection of Journalists and Media Professionals Bill 2021.’

He termed it a ‘comprehensive’ legislation, covering all the professional aspects of journalists’ life including health, insurance, training and others. He vowed to reach out all the journalistic community of Pakistan to bridge the communication gap between the government and the media. He said that he would visit all the press clubs across the country to ascertain real time issues of the journalists through extensive interaction.

Farrukh Habib said that those journalists who did not get house under any scheme would be included in the prime minister’s low-cost housing projects after taking all the journalistic bodies on board. He said that the process would start from Islamabad and Rawalpindi and soon would be replicated in other major cities. Earlier, the state minister addressed ‘Meet the Press’ programme and assured the working journalists for resolution of their grievances.