PM’s aide says not a single case of forced conversion reported; no insult to others' sects; govt rooting out extremism, sectarianism on priority 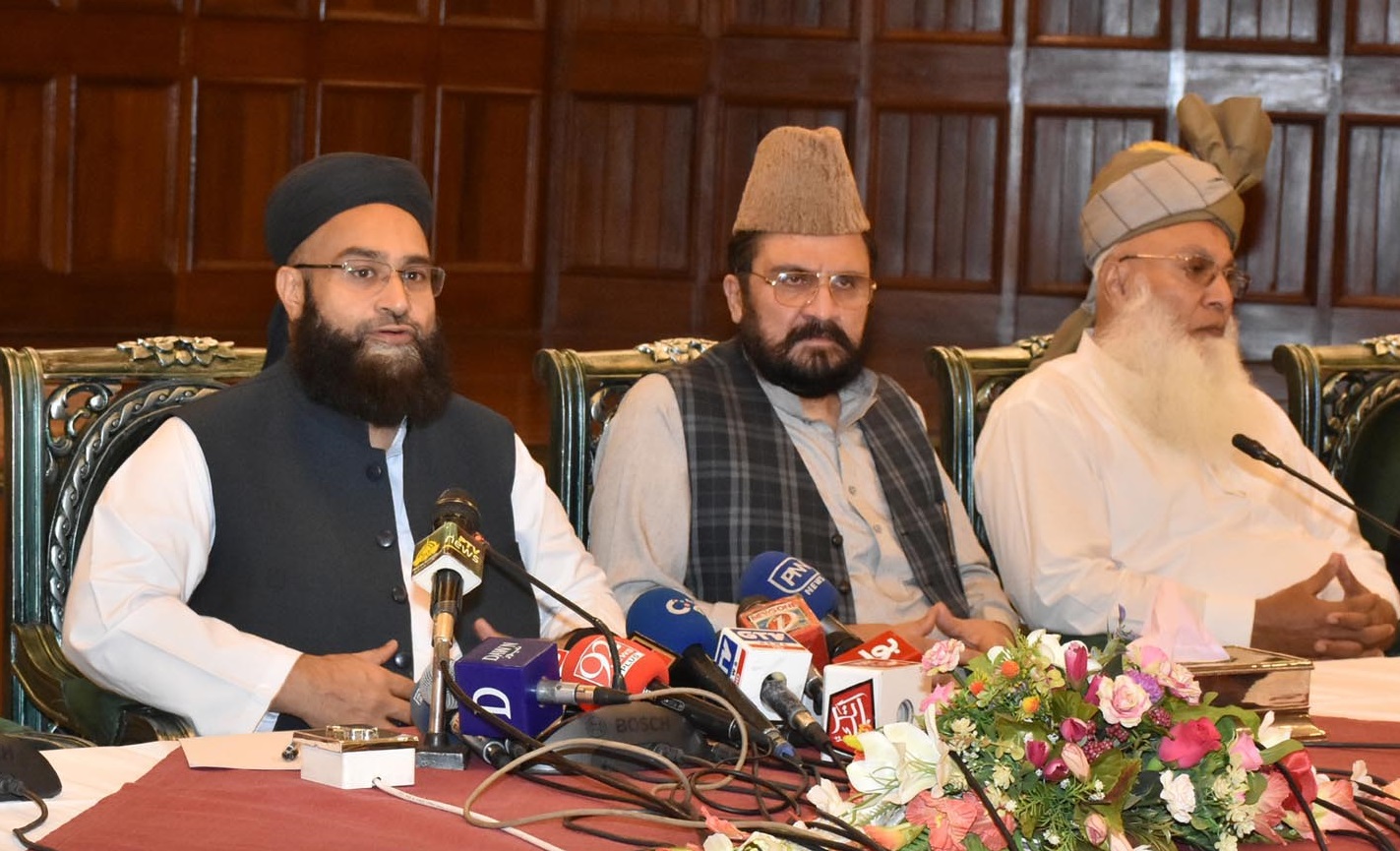 LAHORE: Special Representative to Prime Minister on Religious Affairs Hafiz Muhammad Tahir Mehmood Ashrafi said on Sunday that rooting out extremism, terrorism and sectarianism from the society was the priority of the incumbent government.

Addressing a press conference, he said that extremism and forced conversion law was discussed, adding that not a single FIR regarding blasphemy had been wrongly registered in Pakistan for the last seven months and in Punjab for the last two and a half years.

If someone thought a wrong case of blasphemy had been registered against him, he should come to the Muttahida Ulema Board and Islamic scholars would reverse it, he said. He also said that not a single case of forced conversion had been reported during the last six months.

He said that insulting others’ sects could not be allowed. He said that Prime Minister Imran Khan contacted Muslim Ummah and brotherly Islamic countries on the issue of Palestine. He said that presentation of a peace mission for Palestine in the United Nations was a success of the nation.

Ashrafi said that a full board meeting would be called in 10 days to devise a plan for Moharramul Haram. He said the Saudi Arab government had made a corona plan for upcoming Hajj and this year, only sixty thousand people across the world would be allowed for Hajj.

He said the World Health Organization (WHO) had approved the Chinese vaccine and hopefully Saudi Arabia would also approve it soon.