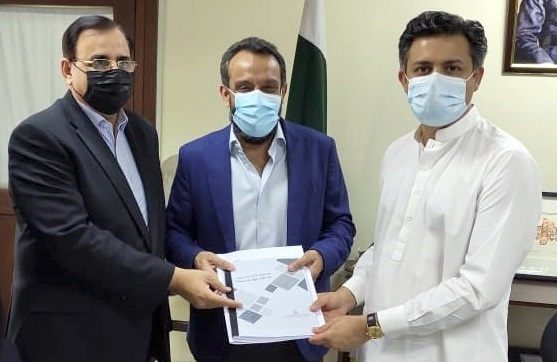 LAHORE: President of Lahore Chamber of Commerce and Industry (LCCI) Mian Tariq Misbah remained extensively engaged with various policymakers in Islamabad in order to make policy advocacy to convey viewpoint of the business community before budget.

The purpose of these interactions was to have favourable policies for facilitating trade and industry to the maximum extent. The LCCI president presented doable suggestions for the revival of trade, industry and economy to parliamentarians including Federal Minister for Energy Hammad Azhar, State Minister for Information Farrukh Habib and Cabinet Secretary Sardar Ahmad Nawaz Sukhera.

During the meeting with Hammad Azhar, Tariq Misbah discussed the LCCI budget proposals for the FY 2021-22 and called for special treatment for the trade and industry in the context of COVID-19. The minister assured that the trade and industry would be given due consideration and special relief in the federal budget.

He said that COVID-19 has posed serious challenges for the economy and the government was making all out efforts to bring economy back on rail. About energy sector, the minister said that a structured approach was being adopted for timely completion of the power sector. He said that circular debt, upgrade of transmission and distribution system and improved service delivery in the power sector were the areas of prime focus.

He said that high cost of electricity generation, circular debt and leakages in the transmission system have made the power sector financially challenging. He said that the key focus of the reform process was to bring efficiency, cost effectiveness and sustainability to the system. Having meetings with Farrukh Habib and Ahmad Nawaz Sukhera, the LCCI president particularly discussed the miseries of small and medium enterprises.

Farrukh Habib said that arrangements for bank financing to the small and medium enterprises have not given the desired results. “We are making dedicated financial arrangements for these enterprises, other than banks,” he said, adding that foreign companies have also been invited to support SME sector in Pakistan.

The LCCI president said that major issue of the small and medium enterprises was limited access to the financing. Only 7.27 percent of the total lending to the private sector was being given to the small and medium enterprises that was meager and should be enhanced, he said. He said that feedback from the private sector plays a fundamental role in formulating appropriate policies for the trade, industry and economy.

Being premier business body, the Lahore Chamber has forwarded a set of proposals for the federal budget 2021-22 to the Ministry of Finance, Federal Board of Revenue and other related departments. Tariq Misbah said that the LCCI budget proposals were a composition of the issues being faced by the business community and recommendations for their best possible solution.

“Our budget proposals for the financial year 2021-22 have covered all sectors of economy, including taxation, trade, industry, power, engineering, pharmaceuticals, rice, Halal food, imports, exports etc,” Tariq Misbah said and hoped that these would be made part of the upcoming federal budget.