‘Dabbe’ — Turkish horror film series is not for the faint-hearted! 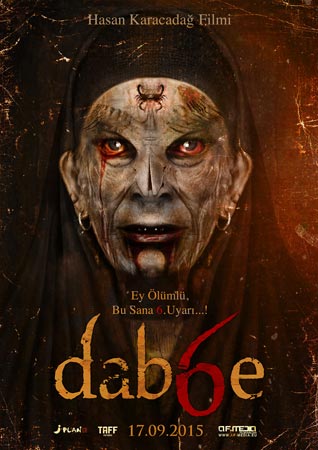 If you are wondering why suddenly Dabbe – the Turkish horror film series is back in news, then here’s the deal.

Reportedly, amid the lockdown, a fad for watching Dabbe alone started off as a challenge on TikTok. And a piece of caution here: Dabbe series is NOT for the faint-hearted.

Out of many of his parts, the 2013 release Dabbe: The Possession is considered to be the scariest of all. This has been directed and written by Hasan Karacada?. It is the fourth film in the D@bbe series which has a reference to ‘The beast of the earth’.

The word Dabbe refers to an animal or a creature, often a baby animal in Classical Arabic. Specifically, to a baby camel.

This middle-east horror tale has a docu-series vibe to it and falls in the gory category. The visuals and imagery can disturb you, therefore, we say, not for the faint-hearted.

This fourth instalment in the Dabbe series is based on the possession of Kübra – a young girl, who is about to get married. In order to cure her, an old friend and psychiatrist Ebru come to her rescue. However, things go awry and horrors begin. Director Hasan Karacada? has made six horror films based on the Dabbe theme so far.