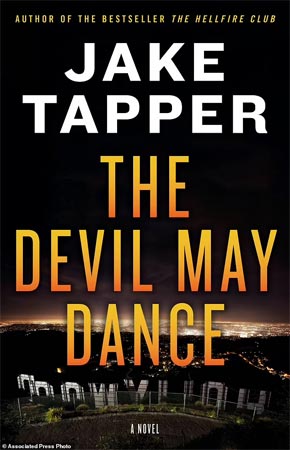 As Jake Tapper´s new thriller, “The Devil May Dance,” opens in the year 1960, New York Republican Congressman Charlie Marder is being extorted by none other than the U.S. attorney general. Robert Kennedy is concerned that his brother, President John F. Kennedy, likes to pal around with Frank Sinatra, who in turn likes to pal around with mobsters. Fearing scandal, Robert Kennedy wants Marder to discreetly investigate Sinatra´s mob connections. To persuade him, he has the congressman´s father imprisoned on trumped up charges and won´t release him unless Marder cooperates. Why Robert Kennedy would want a congressman to play detective when he could hire a real one remains a mystery. Readers may also wonder why the attorney general fails to realize that that extorting a congressman from the opposing political party risks scandal as well. Nevertheless, Marder and his feisty wife Margaret resentfully travel to Hollywood to ingratiate themselves with the Sinatra and his Rat Pack.