Al Jazeera says will not be silenced, after Gaza office destroyed 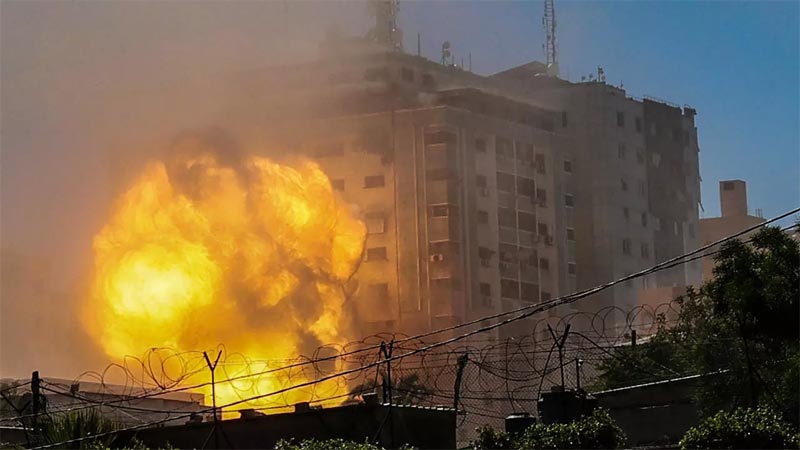 Al Jazeera said Saturday it would not be silenced, after an Israeli air strike on Gaza demolished the building housing the Qatar-based broadcaster as well as US news agency The Associated Press. ”It is clear that those who are waging this war do not only want to spread destruction and death in Gaza, but also to silence media that are witnessing, documenting and reporting the truth of what is happening in Gaza,” said Walid al-Omari, Al Jazeera’s Jerusalem bureau chief. ”But this is impossible,” he said on air shortly after the 13-storey Jala Tower in Gaza was obliterated. ”This is a crime among a series of crimes perpetrated by the Israeli army in the Gaza Strip.” Al Jazeera broadcast footage showing the building collapsing to the ground after the Israeli air strike, sending up a huge mushroom cloud of dust and debris. Jawad Mehdi, the owner of the Jala Tower, said an Israeli intelligence officer warned him he had just one hour to ensure the evacuation of the building. Al Jazeera’s correspondent in Gaza, Safwat al-Kahlout, tweeted his despair over the destruction. ”I have been working here for 11 years. I have covered many events from this building… now everything, in two seconds, just vanished,” he said.c Israel alleged its “fighter jets attacked a high-rise building which hosted military assets belonging to the military intelligence of the Hamas terror organisation”. 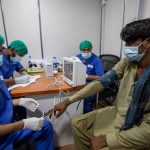