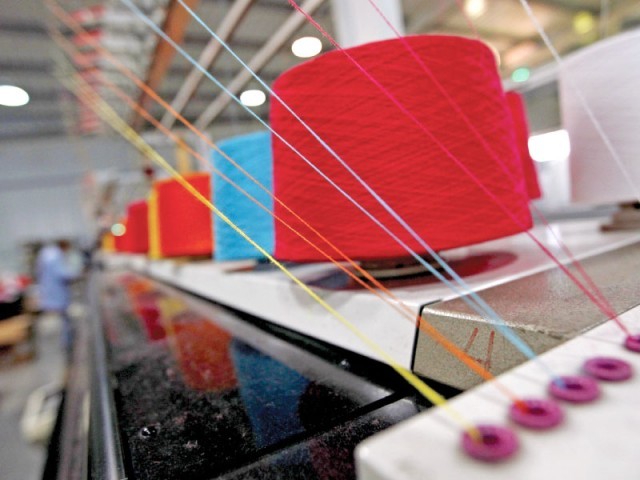 The leading businessmen of the country have urged the Imran Khan- led PTI government to come up with a national charter for exports because without a long-term export policy or charter which is underpinned by a well-articulated industrial policy and led and regularly monitored by Prime Minister Imran Khan, Pakistan’s exports are unlikely to grow and diversify in a sustainable manner.

They recommended that exports need to be an integral part of an industrial policy, which promotes manufacturing, including import substitution. A stand-alone export policy without strong linkages with manufacturing and imports is not sustainable over the long run.

They added that export incentives are funded by taxpayers and require proper accountability.

The leading businessmen recommended that this be done for each sector at least on an annual basis and their continuation or adaptation be contingent on meeting prescribed, medium to long- term objectives. Short-term incentives lead to short-term performance.

They maintained that there should be a shift from retrospective to prospective investment to promote growth of exports. A leap of faith is required on the part of the government to set aside a substantial amount for up-front investment from the Export Development Fund (EDF) for non-core and new markets.

For them, with 75pc of export reliance on traditional products and with textiles comprising 60% of exports, of which in turn, 68pc are destined for the European and North American markets, Pakistan needs to invest heavily in diversifying both products and destinations.

They shared that the operators in the non-core sectors are generally small and do not have the means to develop exports. Moreover, the current 10% FX retention allowance for non-core sectors is inadequate in size to fund such development.

As a matter of principle, all import levies and domestic transaction taxes, irrespective of where they are incurred in the supply chain leading up to the final point of export should be refunded to the final exporter, allowing price competitiveness. It is difficult for smaller exporters to operate the existing draw back systems and re-export schemes.

The PBC stated that a standard per unit-based refund rate which is periodically updated, will make it simpler for them to export. This is especially where the final exporter is reliant on others in the supply chain to import and process items before adding further value prior to final export.

They added that Pakistan could learn valuable lessons from the Turkish “TURQUALITY” Programme through which the Turkish government has been funding the development of 10 worldwide Turkish brands. A “PAKQUALITY” initiative should be promoted under the PPP model to ensure that Pakistani brands also become regional and global icons.

The PBC added that Pakistani exporters are required to realise export proceeds within a short- time. This does not permit warehousing of products abroad, for subsequent sale on a “just in time” basis, which is increasingly demanded by foreign buyers unwilling to carry inventory on their own books. Larger exporters should be permitted to warehouse inventory abroad. This is even more essential to serve online sales portals, such as Amazon, which will not allow access to foreign suppliers unless they are shipping promptly from a domestic point. This would entail longer time for remittance of export proceeds. They also recommended that the five core export sectors are offered energy at a rate presently competitive with comparable countries. This competitive tariff should remain guaranteed. In principle, all exports should be entitled to energy at a cost which is globally competitive. Where industries produce a mix of exported and domestically marketed products, a rebate should be offered on the quantity exported to render the input cost of energy to a globally competitive level.

They urged the government to focus economic diplomacy to negotiate market access, at a minimum to achieve parity with key global sourcing competitor countries. Whilst prescribed goods from Pakistan currently are allowed entry into the EU duty- free under the GSP+ facility and textiles have parity access in the USA with countries like Bangladesh, exports from Pakistan suffer from higher duties into Japan, Canada and Australia, relative to Bangladesh. The Europe Union’s GSP+ will expire in 2023. It is vital that Pakistan lobbies in Brussels to retain duty- free access. Similarly, Pakistan needs to consider ongoing lobbying in Washington to obtain preferential access into the USA.

The PBC noted that banks are reluctant to lend to SMEs due to higher risk. SMEs on the other hand are unable to take risks associated with credit to foreign buyers. A vendor financing and export house model would promote greater integration of the SMEs into the export chain. Japan and Korea developed their exports through the export house model with companies like Mitsubishi and Mitsui offering a model and learning opportunity.

They maintained that commercial banks need to manage their risks as their primary responsibility is to safeguard their shareholder’s interest. Development is not a shareholder business; it is a stakeholder business with the state having a major interest in managing its trade balance. Developing export markets involves risks as most foreign buyers will not provide letters of credit, especially to SMEs who lack negotiation power.

The PBC recommended that an Export Development and Credit Guarantee Bank owned by the government can take on the task of helping to fund SMEs and to build non-traditional and riskier markets in Africa, Central Asia and Latin America.

“The past failure of direct foreign investment (DFI)’s like the Industrial Development Bank of Pakistan (IDBP), PICIC etc., is not a sufficient reason to avoid setting up a well-resourced and governed institution. Instead, learning should be taken from the past mistakes,” PBC stated.