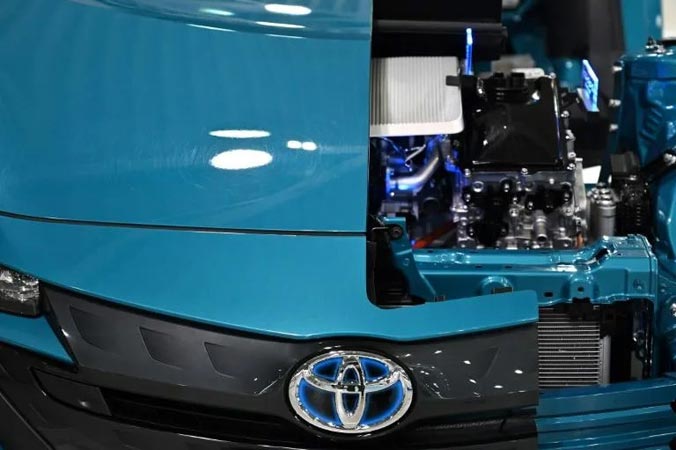 The global microchip shortage dragging on the auto industry has put barely a dent in production at Toyota, the world’s biggest automaker, thanks to lessons it learned after Japan’s 2011 tsunami disaster. While the latest crisis caused by skyrocketing demand for semiconductors has forced global car makers to revise production plans, Toyota exceeded its sales targets this year and expects to sell even more units in the next 12 months.

Its success lies in part, experts say, in its decision to prepare extensively for disruptions after the experience of Japan’s devastating earthquake, tsunami and nuclear crisis 10 years ago. The catastrophe left parts of Japan’s industry on its knees for months, especially vehicle makers, whose domestic supply chains were thrown into turmoil.

Toyota suffered like its rivals and took six months to return to normal production, but the firm resolved not to let the same thing happen again.

“Toyota learned the lessons of the 2011 earthquake probably better than anybody,” said Christopher Richter, an auto expert and managing director at the brokerage CLSA. The Japanese giant reviewed all its suppliers, even the most indirect, giving it a better understanding of its supply chain and allowing it to react quicker in times of crisis. Faced with a global semiconductor shortage this year, “they were just way better prepared than any other automaker in the world”, Richter told AFP. A source close to another Japanese carmaker agreed.

“We all took steps like that post-Fukushima, but Toyota did it best, and kept it up,” he said, referring to the nuclear plant that was crippled by the tsunami. The global auto industry has faced serious headwinds during the pandemic, with lockdowns fuelling declining sales, and a shortage of the chips used in modern vehicles has only compounded the woes. A surge in demand for home electronics that use semiconductors, as well as a US cold snap, a drought in Taiwan and a fire at Japan’s Renesas manufacturer have created a perfect storm throttling chip supplies.

Toyota was a pioneer of the widely used “just-in-time” production model — where stockpiling is kept to a minimum to reduce costs.