Turkish president asks world to give a strong, deterrent lesson to Israel 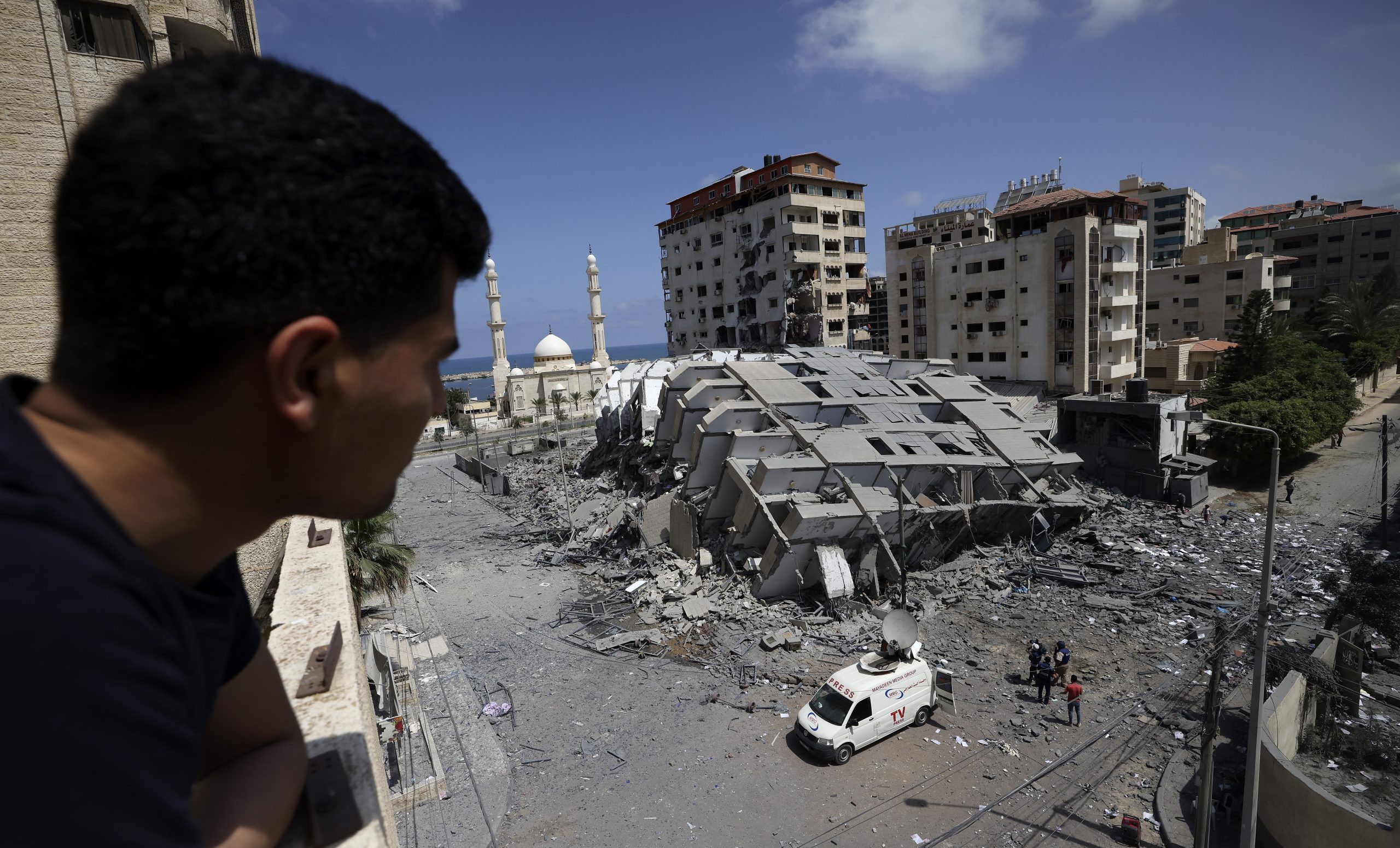 MOSCOW – Russian President Vladimir Putin on Wednesday urged Israel and Palestinians to halt fighting in a call with Turkish counterpart Recep Tayyip Erdogan, who said the world needs to give Israel a strong lesson.

“Serious concern was expressed about the continuing clashes and the growing number of people killed and wounded,” the Kremlin said in a statement, adding that President Vladimir Putin had called on the parties to de-escalate tensions and peacefully resolve the emerging issues.

The Israeli Army has launched hundreds of air strikes on the Gaza Strip since Monday, where Hamas has responded by firing back volleys of rockets on Israeli cities. The worst violence in seven years has claimed 50 lives since breaking out last Friday.

The world needs to give Israel a strong lesson, Erdogan told Putin, as the UN Security Council prepared to address surging Israeli-Palestinian violence. Erdogan, a vocal advocate of the Palestinian cause, has stepped up diplomacy, speaking to a range of regional leaders and condemning Israel’s terror.

Erdogan told Putin in the call that the international community needs to give a strong and deterrent lesson to Israel. The UN Security Council, where Russia is a permanent member, must deliver a determined and clear messages for Israel to stop its attacks, he said.

UN Security Council will hold an urgent meeting, its second such session in three days, diplomatic sources. The first, held on Monday, ended without a joint statement, with the United States expressing reluctance to adopt a draft statement proposed by Norway at this point.

Erdogan said that nations should also discuss the idea of sending an international protection force to the region in order to protect Palestinian civilians, the presidency said. The surge in violence has sparked successive nights of large protests in Istanbul and Ankara, which have been held in support of the Palestinian cause despite tough coronavirus restrictions.

Turkey additionally has also withdrawn an invitation for Israel’s Energy Minister Yuval Steinitz to attend the Antalya Diplomacy Forum in the southern coastal city on June 18-20.