Officials say eight students, a teacher killed, 10 injured at School No 175 in Kazan 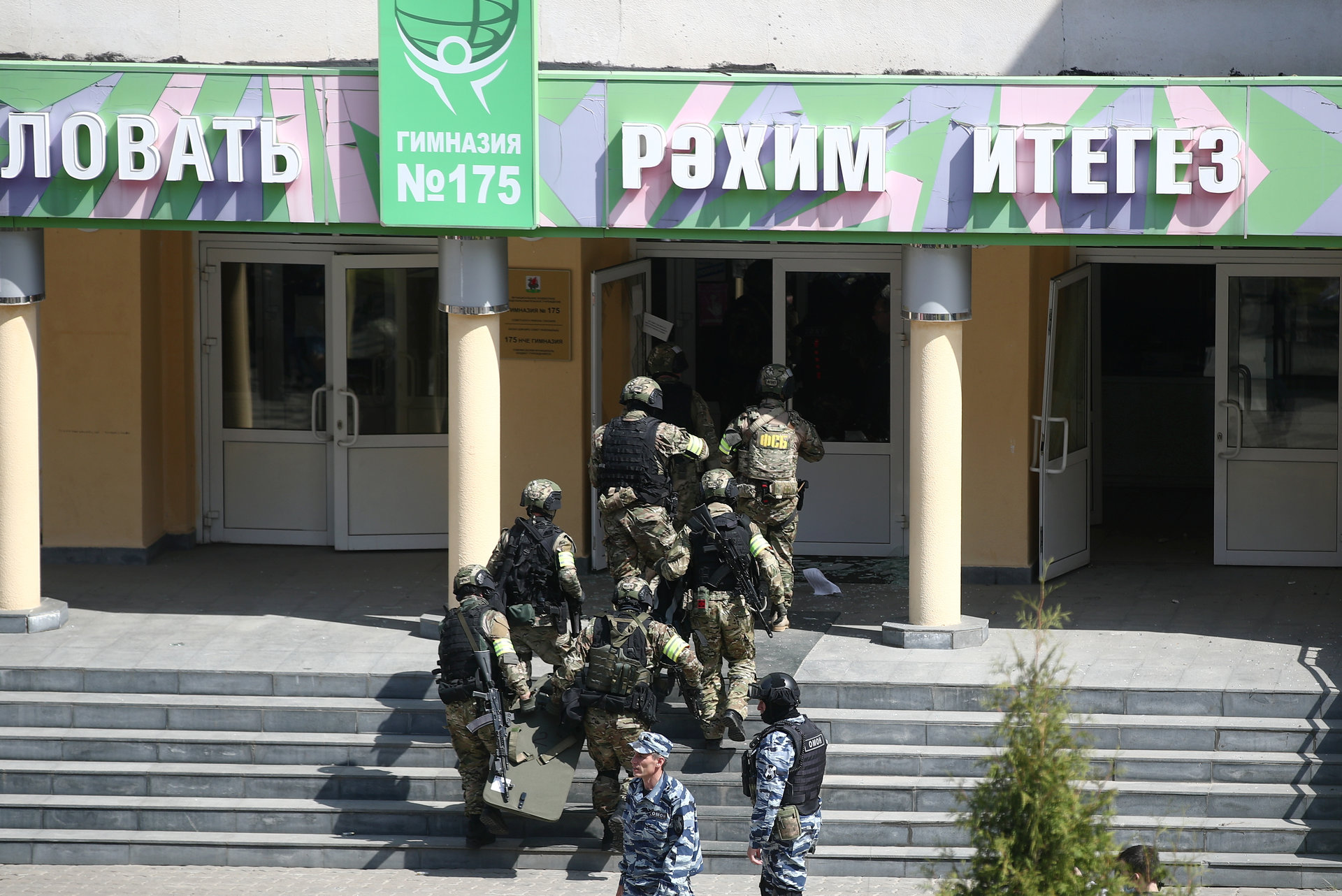 At least nine people were killed after shooting broke out Tuesday at a high school in Kazan, the capital of Tatarstan – a republic of Russia located in Eastern Europe.

Citing local officials, local news agencies reported that two people had opened fire at School No 175 in Kazan. Interfax reported that one of the attackers, a 17-year-old, had been detained but that the second assailant killed inside the school building.

It said eight students and one teacher had been killed and that police had sealed off the fourth floor of the school to detain the second attacker who was killed later. TASS news agency also reported nine dead and said 10 people had been injured, including several children.

Tatarstan President Rustam Minnikhanov had arrived at the scene. Images broadcast on the state television from the scene showed dozens of people outside the school with fire services and police vehicles lining nearby streets.

“I was in class, I first heard an explosion, then gunshots,” TASS quoted a teacher as saying. Another source cited by the RIA Novosti agency said they had heard an explosion and could see smoke rising from the building. 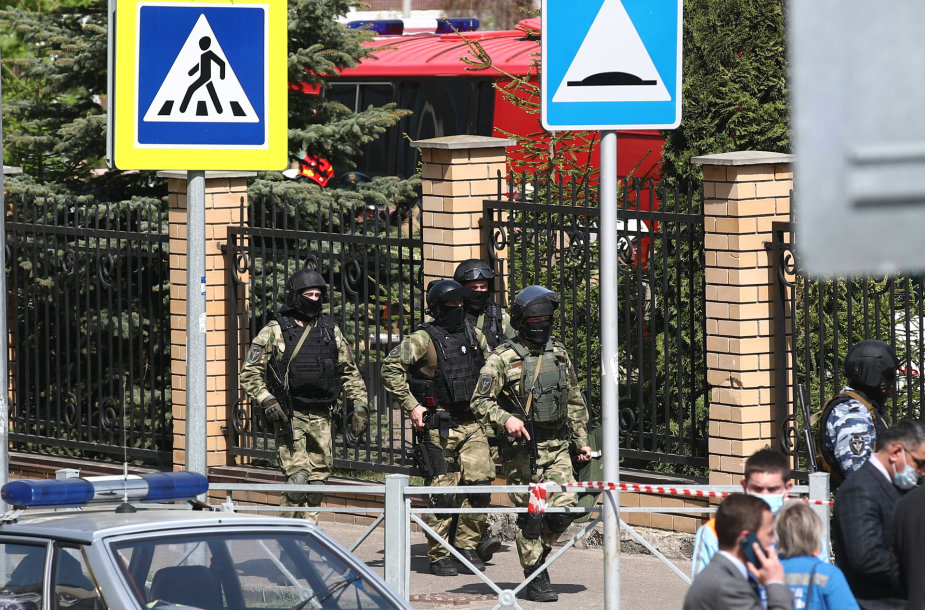 Russia has relatively few school shootings due to normally tight security in education facilities and the difficulty of buying firearms legally, although it is possible to register hunting rifles. In November 2019, a 19-year-old student in the far eastern town of Blagoveshchensk opened fire in his college, killing one classmate and injuring three other people before shooting himself dead.

In October 2018, a teenage gunman killed 20 people at the Kerch technical college in Crimea, the peninsula Russia annexed from Ukraine in 2014. The 18-year-old attacker, who also set off explosives in one of the school’s buildings, shot himself dead at the site. He was shown in camera footage wearing a similar T-shirt to Eric Harris, one of the killers in the 1999 Columbine High School shooting in the US, which left 13 people dead.

Russian President Vladimir Putin at the time blamed the attack on globalisation and online communities dedicated to American school shootings which promoted fake heroes. The Crimea shooter, Vladislav Roslyakov, was able to legally obtain a gun licence after undergoing marksmanship training and being examined by a psychiatrist.

The shooting led to calls for tighter gun control in Russia. The country’s FSB security service says it has prevented dozens of armed attacks on schools in recent years. In February last year, the FSB said it had detained two teenagers on suspicion of plotting an attack on a school in the city of Saratov with weapons and homemade explosives.