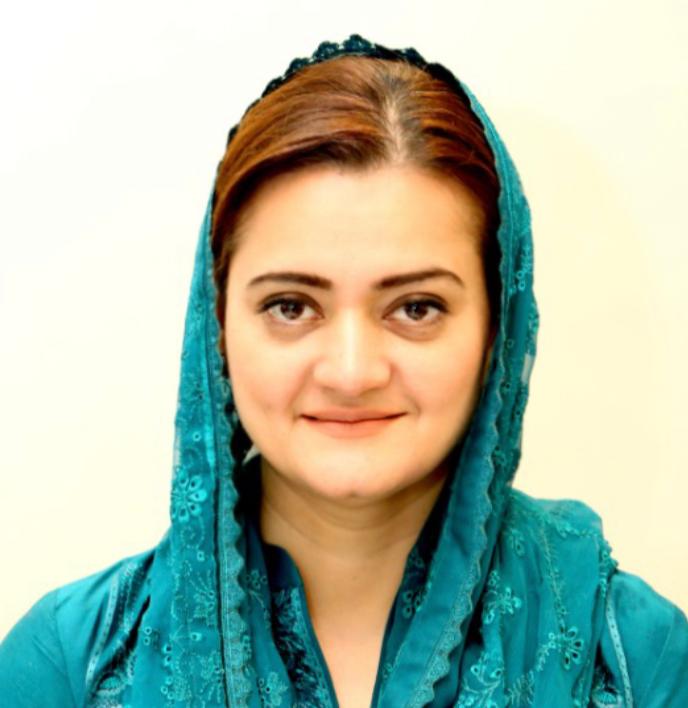 LAHORE: Pakistan Muslim League-Nawaz (PML-N) spokesperson Marriyum Aurangzeb on Saturday challenged Prime Minister Imran Khan, Adviser to Prime Minister on Accountability and Interior Shahzad Akbar and all government mouthpieces to hold a press conference and read out the detailed decision of the Lahore High Court (LHC) regarding PML-N President and Leader of the Opposition in the National Assembly Shehbaz Sharif.

“The decision is not only a slap on the government’s false corruption accusations but had buried Imran Khan’s fake narrative forever,” she maintained.

Talking to the media outside Federal Investigation Agency  (FIA) Lahore, PML-N secretary information said the court clearly said, “Interestingly, the National Accountability Bureau (NAB) has categorically admitted before us that petitioner is not alleged to have received any kickbacks or any such ill-gotten money in return to a favour extended to someone to build up the assets in the name of his family.”

The secretary information held that all those court-jesters of Imran Khan and commission agents who loved to wave around fake documents as proof at hours-long press conferences should be ashamed of every single word of the detailed decision, especially the fact that the court said, “All throughout these months of illegal abduction, NAB did not conduct any investigation from Shehbaz regarding his sources of income.”

“The court also dismissed the NAB’s allegations that Shehbaz used party funds for personal benefit. It said had it been the case, it would have become a dispute, at the most, between two individuals or a matter to be considered by the Election Commission of Pakistan (ECP) for collecting party funds from certain undesirable persons by suggesting a money trail, ” Marriyum Aurangzeb said.

She pointed out that the court actually said that such a half-hearted attempt by the NAB will not absolve them from their responsibility to prove the case against Shehbaz. The court also clearly pointed out that the NAB failed to establish even at a preliminary level that Shehbaz was guilty of any of the accused offenses.

The PML-N Secretary Information told the media how the court also trashed the accusation that because Shehbaz was living in the house that was owned by his wife therefore  it was bought by money illegally transferred to his wife. The court clearly said the living together, therefore, is not a proof of dependability.

Marriyum urged the media to robustly share this truth with the people of Pakistan who had been misled by the vicious propaganda campaign by the Pakistan Tehreek-e-Insaf (PTI) government.

Earlier, Marriyum slammed what she called PTI’s petty, shameless and shallow acts of bulldozing the Constitution and all laws to bar Shehbaz Sharif from going abroad for his mandatory medical check-up. She pointed out how the PML-N knew about such low acts of the PTI which is why it had gotten the court’s clearance regarding all possible government impediments to Shehbaz’s one-time travel for medical reasons.

However, she alleged that Imran Khan and Shehzad Akbar have held every institution of the government hostage. Shehbaz was offloaded despite the presence of two FIA officials who endorsed that the court orders were legitimate. But the airport staff argued that the so- called ‘system’ had not been updated as yet.

She said the so-called ‘system’ is the same that runs the Result Transmission System (RTS). She said FIA and other government institutions should stop committing contempt of court on the behest of this government.

She said PML-N was mulling over legal action in this regard as well. She said these petty tactics have not and will neither deter PML-N or its leadership.

Marriyum maintains Imran Khan can stoop as low as he wants with his political victimisation tactics but those who had braved death-row prison cells under this PTI regime would not flinch for a second.