* Pakistan, Indonesia, Morocco and Egypt can produce Covid-19 jabs if patents are waived 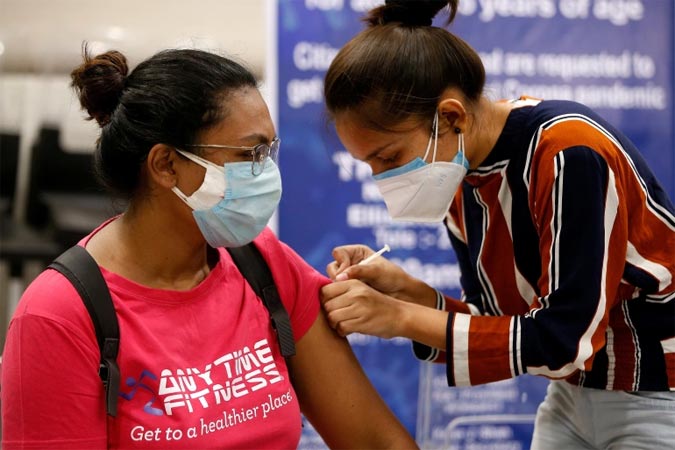 Sudden US backing for a global waiver on patent protections for Covid-19 vaccines offers hope to poor nations struggling for doses — but the big pharma industry thinks the notion misguided.

Some countries see the temporary intellectual property rights waiver as a shortcut to ending the coronavirus pandemic. But the pharmaceutical industry thinks an IP waiver will not help produce a single dose more this year, and could actually hamper the rush for vaccines by diverting scarce resources to newcomers.

There will undoubtedly be months of negotiations ahead before a consensus can be found at the World Trade Organization in Geneva.

The IP plan was filed at the WTO by India and South Africa on October 2 last year and garnered support from a host of developing countries which — correctly — anticipated being left behind in the vaccination race.

The original text proposed a temporary exemption from certain obligations under the Agreement on Trade-Related Aspects of Intellectual Property Rights (TRIPS), so that any country can produce vaccines without worrying about patents.

The waiver would also cover “industrial designs, copyright and protection of undisclosed information”, and would last “until widespread vaccination is in place globally, and the majority of the world’s population has developed immunity”.

The WTO’s General Council, its highest-level decision-making body, debated the issue earlier on Wednesday before Washington’s dramatic about-turn. India and South Africa pledged to present an amended text, and had indicated they could be open to some compromise, said the WTO. Spokesman Keith Rockwell said the debates had been “very constructive” — more so than in previous sessions — even if the 164 member states remain divided. WTO members are expected to meet to discuss the text revisions by the end of May, ahead of a formal TRIPS Council meeting on June 8 and 9.

All those in favour

More than 80 countries support the proposal, including Argentina, Bangladesh, the DR Congo, Kenya, Nigeria and Venezuela.

Egypt, Indonesia, Morocco and Pakistan are among a host of countries that have indicated they have production capacity available if the patents are waived. A number of NGOs including the medical charity Doctors Without Borders back the waiver, saying it would facilitate timely access to affordable medical products for all countries in need.

The idea also has the support of World Health Organization chief Tedros Adhanom Ghebreyesus, who hailed the US move as a “monumental moment” in the pandemic fight. “Ultimately, the solution to the vaccine crisis is for the countries and companies that control the global supply to share… technology, know-how and to waive intellectual property rights,” he said Wednesday.

The International Federation of Pharmaceutical Manufacturers and Associations is strongly against the proposal. “A waiver is the simple but the wrong answer to what is a complex problem,” the IFPMA big pharma lobby group said, branding the US volte-face “disappointing”. “Waiving patents of Covid-19 vaccines will not increase production nor provide practical solutions.”

The IFPMA believes the real challenge in scaling up production is eliminating trade barriers, and addressing the supply chain bottlenecks and scarcity of raw materials — and reckons introducing new manufacturers will not help.

Big players also suggest that vaccine confidence could be undermined by a free-for-all on production. Wealthy nations that are home to major pharmaceutical firms, like Switzerland and Britain, have long opposed the IP waiver idea.

The European Union, also a major pharma hub, has until now been opposed, but following the US announcement, European Commission president Ursula von der Leyen said Thursday that Brussels was at least ready to discuss the idea.

Opponents of the waiver underline the vast financial investment made by laboratories to develop vaccines in record time, and believe they are best placed to produce them on the global scale required.

They fear investment could dry up if companies cannot see a return.

Compulsory licences give companies other than the patent holder authorisation to make a product, subject to certain procedures and conditions being respected. Around 275 manufacturing deals, including on technology transfer among staunch competitors, have helped the industry go from zero towards their target of 10 billion Covid-19 vaccine doses this year.

In the late 1990s, antiretroviral drugs revolutionised the treatment of HIV/AIDS. However, the cost of such treatments was beyond the reach of most sufferers. It was not until the early 2000s that several agreements were signed to facilitate the manufacture and distribution of generic antiretroviral drugs at low prices for poor countries.

A temporary agreement in 2003, later confirmed in 2005, allowed an exemption from IP rights allowing poor countries affected by serious infectious diseases — malaria, tuberculosis and AIDS — to import generic drugs if they could not make them themselves.