Over the last several years, Islamabad has remained perpetually stuck in a never-ending loop of clarifications vis-a-vis its dependence on Western patronage. Nearly every government has loudly trumpeted a big “NO” to dictation from the first world, particularly the US. This time, Information Minister Fawad Chaudhry has hopped on the refusal bandwagon. Calling the government’s policy against the banned Tehreek-i-Labbaik Pakistan an “internal issue, he enunciated Pakistan’s sovereignty. A very bold statement that needs an even more daring application!

But do the skipper and his team have what it takes to stomach undue pressure from the giants overseas? Going by Mr Chaudhry’s claims banning the controversial far-right party was an autonomous decision taken by the ruling PTI that had no bearing whatsoever on the undergoing EU deliberations on Pakistan’s GSP Plus status. In light of our long-drawn-out chequered past with the Western dominions, such independence calls for much celebration. After all, Pakistan has long struggled with balancing its sovereignty with a summons from its so-called allies. The demeaning “do more” mantra has resonated in Islamabad’s hills with far more rigour than any other clarion call. Only last month, thousands of tweets mocked former president Pervez Musharraf on changing key policies on “one phone call” from Washington. The heated trend had ensued after our brother-in-arms China had compared our dilly-dallying to Iran’s staunch directives. Two years ago, the UK shattered the facade of its friendship with Pakistan when it refused to back our Kashmir resolution at the UNSC. Previously in 2010, Pakistan’s redeployment of troops in the tribal areas (away from India) had raised a ruckus here, there and everywhere. The then US Assistant State Secretary, Robert Blake, had added more credence to a controversy fuelled by media reports regarding Zardari’s regime succumbing to Obama’s pressure. Similar reservations were echoed by the then British PM David Cameron in 2010; demanding Pakistan to not “have any relationship with groups that are promoting terror.” Every now and then, US legislators have slammed Pakistan for not enjoying enough leverage despite pouring billions of dollars of aid into its economy. Ah! The irony!

Thus, if the present government does not want to play into the mockery of its predecessors, it needs to tighten its grip on the ground realities. Before making headlines that have the potential to haunt its future decisions, the PM would do well to establish his firm footprint. Any sane Pakistani would hope and pray that this administration works on stepping out of the West’s shadows. But for us to actually believe such lofty claims, the government first needs to take the wicket to take the budget wicket. The upcoming budget session would either make or break the “we are free” shibboleth. For the sake of Mr Chaudhry, his government and our country, let’s just hope PM Khan hits the stump! * 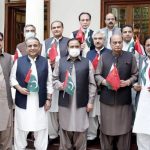 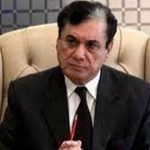 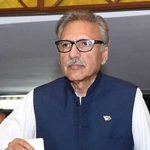